The title from Children’s Week gave males the title Patron and females the title Matron. One of the priests in guild noted to that then he turns into angel form his title swaps form Patron then to Matron. Every time it happens we get a good laugh.

Underbelly Elixir also does this switching of gender! I turned into a Tuskarr after finding one in the sewers of Dalaran. 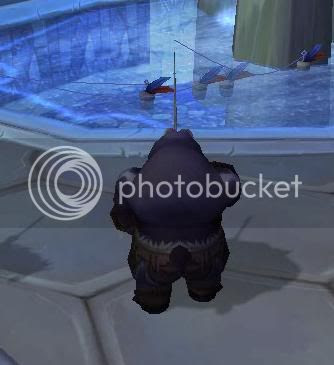 I then got the message of the title change when I gained the buff and then 10 minutes later when it wore off.

A warlock with this title?

I mean is not like I plan on using the title… to lure children to me so I can encourage them to look at the pretty red hot furnace in Utgarde Keep and push them in so I can watch them burn… or anything.
Posted by Hydra at 6:50 AM