Two new dungeons were added. Both drop epic gear. The last few weeks I have been telling everyone to sell their Maelstrom Crystals if they have any laying around.

The crystals were selling for just under 2K on my server the last few weeks. In a week I would not be surprised to see them under 500 gold. My officers were not happy with me in raid telling everyone that this week. ... but really. If you need 3 crystals for an enchant and only have 1... you should have sold it. Then use that gold after this patch hits to get them all back.

Now that I have some gear and crystals are dropping in prices I will be redoing all my gear augments. I will have to re-gem and re-enchant to their optimum.  I was getting so many pieces that I didn't have time to optimize each time. This will give me a chance too.

Sorry if you didn't hear about the crystals. You could have heard me on Twisted Nether telling everyone a few weeks ago. You should listen to us more.

Below is the Warlock section of the patch notes. Some fun stuff for Affliction and of course all locks get battle res now. The full Patch 4.1 notes can be found here.

* Seed of Corruption damage has been increased by 20%.  //*blink blink*

* Soulstone can now be used in combat to resurrect a targeted dead player.  //I am not ok with warlocks or DKs having battle res. As a raider I am extremely happy with this.


o Affliction   //The new hotness. Suck on my Dots.

+ Unstable Affliction damage done when it is dispelled has been doubled, but this damage can no longer be critical.


o Demonology
+ Mana Feed now restores more mana (four times as much) when the warlock is using a Felguard or Felhunter.


o Doomguard's damage has been increased by 50%. The Doomguard is intended to be the best guardian for single-target damage, and the Infernal the best when there are multiple targets.  //Don't forget to update your keys. I have both bound but will need to change their priority location.

o Shadow Bite (Felhunter) damage and effect has doubled, and is now available at level 30, down from 42.

o Whiplash (Succubus) now knocks targets away from the center of the targeted location, instead of away from the Succubus.  //Yea, nothing like the minion wiping mobs CLOSER to you.

o Imps summoned by Bane of Doom now benefit from the warlock's stats.

o Soul Link will no longer be removed by mounting when in a Rated Battleground.

o Damage dealt by Unstable Affliction when it is dispelled now properly benefits from Shadow Mastery.
Posted by Hydra at 2:58 PM No comments: 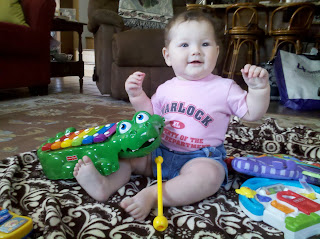 The approaching crocolisk is almost as big as The Spawn. The Spawn is being attacked by a crocolisk. Oh no!! 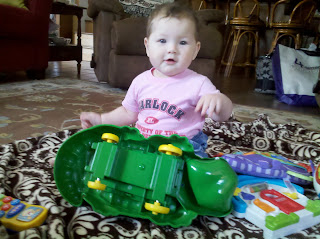 She waved her fingers and the crocolisk didn't have a chance.

Email ThisBlogThis!Share to TwitterShare to FacebookShare to Pinterest
Labels: life, The Spawn, warlock

Since my 10 man raid group currently runs with two witches, Faidwen and Hydra, these new changes are really going to put a hamper on our Mage's DPS, Kronin. But no one tell him. Full notes can be found here.If Blizzard said it, it must be true.

Also Hydra's selling of gold and quitting WoW that was announced on Twitter yesterday to happen today has been greatly exaggerated. =P

Below is the warlock changes, but you should really scan the entirety of the notes.

* Demons now have a new resource system called Happiness. Torturing, mistreating or speaking harshly to a demon pet will reduce its happiness. The Succubus is an exception to this rule.

* Whenever 2 or more warlocks or witches appear in a raid together, the damage dealt by any mages in the raid decreases by 5%. This effect stacks up to 5 times.

* In addition to their current talent trees, warlocks and witches can now spend points in any mage talent tree as well.

* To make the Demonology tree feel more 'demony' warlocks and witches not specced into this tree will be unable to summon demon companions.
Posted by Hydra at 11:54 AM 1 comment: