I completed all the quests in Mount Hyjal. I get along really well with the druids.

Something about Hydra the Almost Evil Warlock helping out all the earth loving Druids always appealed to me.

I enjoyed the balance of quests. There seemed to be a great balance of “gimmick quests” and the normal types. The two that stood out were The Bears Up There 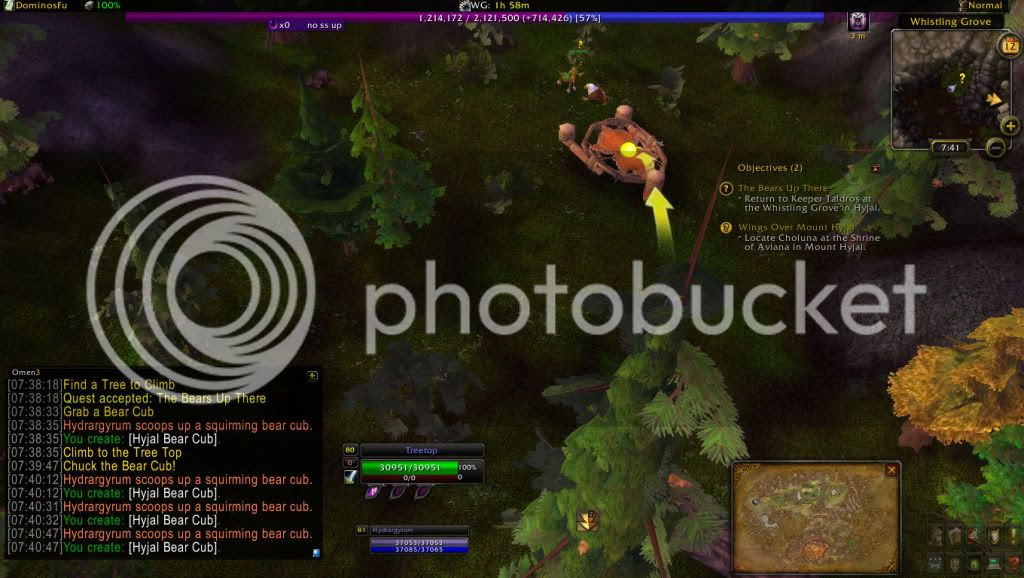 … and Mental Training. (Yes, I fail it the first time because I didn't notice the change in my action bar. A quick check on wowhead comments made it clear why.) 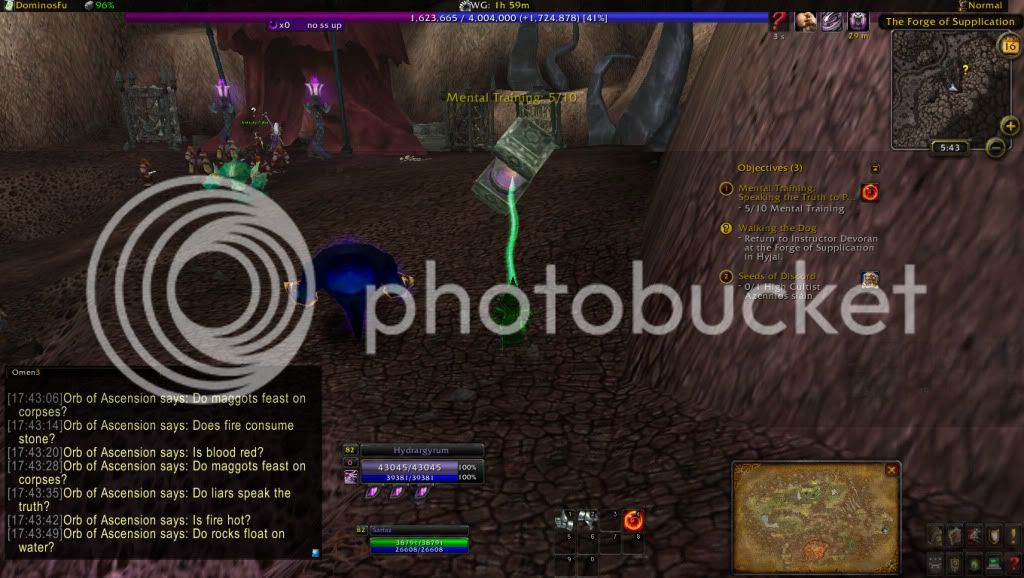 With the Spawn and everything else I only get 30 min occasionally to play.

With that in mind, the number of quests given out at each quest hub to complete was perfect. I could always end with a few completed at the quest hub. If I had to log out there was not a HUGE list of quests in the quest log not complete. It was actually a new set. On those occasions I didn’t return to the game for four days I knew exactly where I was to start up again.

I enjoyed the progression of the story. There was enough use of phasing that it made me really feel like I was making a difference.

Unfortunately my computer is badly in need of an upgrade that I could tell when things were phased because my lag would spike so much it was distracting.

In the end joining up with Cenarius, Hamuul, and Malfurion was extremely exciting. I felt like I was participating. The start of the fight felt epic enough that I even put on a food buff! 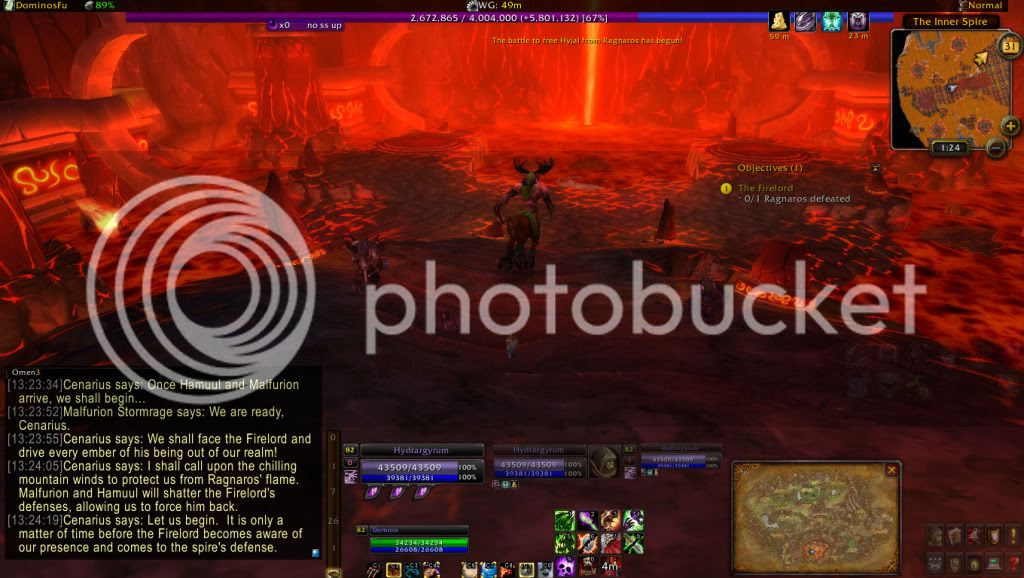 Working with them to take on Ragnaros was an epic ending to the zone. 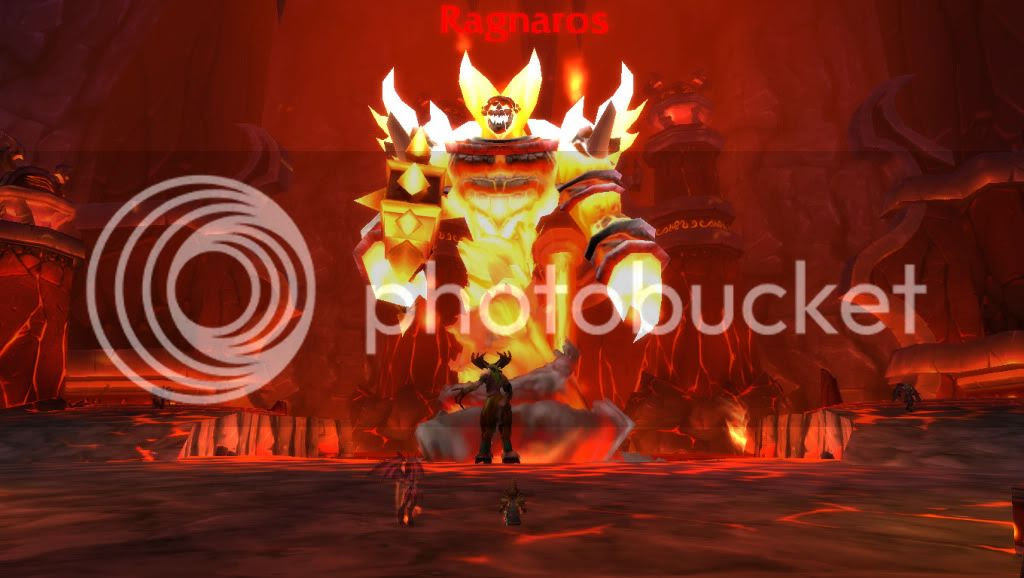 I look forward to the next zones!
Posted by Hydra at 6:01 AM 3 comments:

I pulled out my always there PvP soapbox the other day on Twisted Nether Podcast. Individuals have to put as much effort into PvP to be good at it as those who PvE… maybe even more.

And sometimes … I am smacked in the forehead on why this is true.

(Yes, Faid I was not in game at the time I am spying on you from the Rogue’s computer.)
Posted by Hydra at 6:17 AM 1 comment:

It is Ms. Hydra

With the last two expansions Blizzard has increasingly immersed the players into their game. There is no better example then in the quest text. Instead of just using “Hello, Hero!” they use your character gender, class, and even race to modify the story. I’m quite sure there are even little things they are doing that I don’t even detect.

But nothing … NOTHING… annoys me more then when quest text messes with my immersion into the game and throws me out of it because of how it is worded.

Sometimes I even forget that I am on an RP server. But Hydra has a story that is all her own. Granted it is not that complicated or anything fancy. She does get around but let me be clear…. 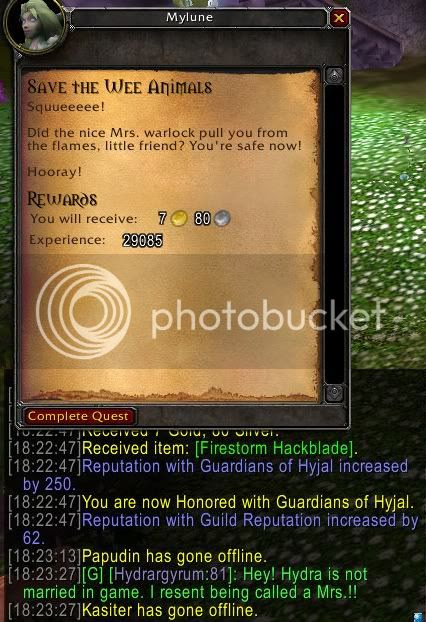 ... and yes I had no problem shoving those wee animals into my Gnome sized pockets. They are a little squished but still eatable.
Posted by Hydra at 9:16 AM 5 comments: