I think I may have just given some good friends a heart flutter. *grin* Not in a good way either.

No worries, the Aurum that gained a level and a half was on the Public Test Realm (PTR). This was the first time I have ever taken the time to fully download and play in the PTR. This was not because of Ulduar, but because of all the warlock and twink changes contained in 3.1.

So after messing with gear and enchants I realized I had some time to kill... so lets go kill something. Where does a fully geared twink rogue go on the PTR??

So PTR Aurum went to solo Deadmines. It was huge amounts of fun.

Rhahk’Zor and his two watchmen didn’t give me much trouble. Sap, gouge, kill, win. I did have a moment of worry when I realized that the big boss ogre was hitting me harder then I liked. At that moment I remembered I had pots. 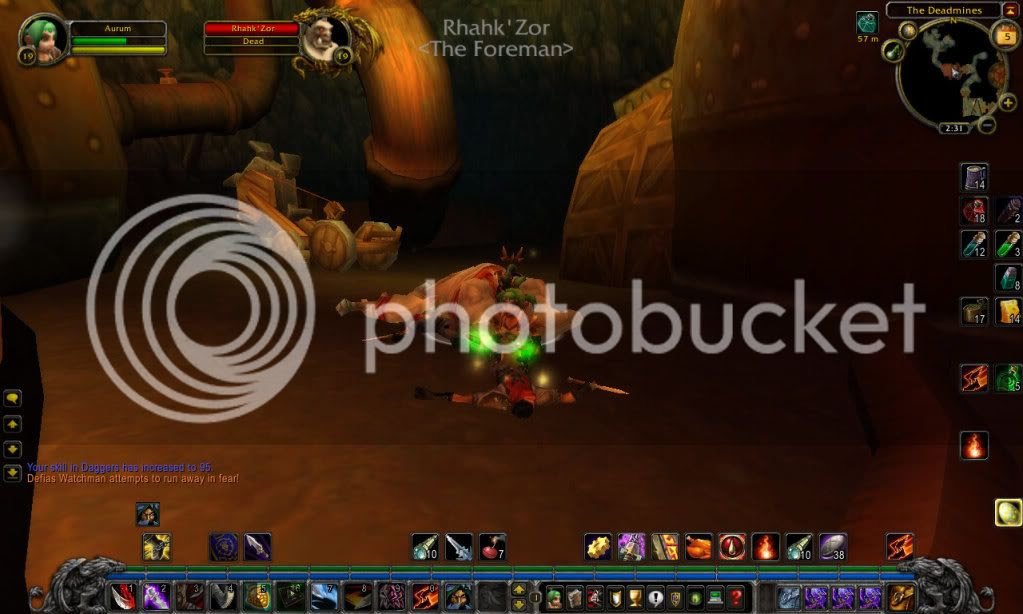 On the way to Sneed I hit level 20. Honestly it freaked me out. I actually had a moment where I had to calm myself that I was on the PTR and that real Aurum is safely still level 19.5. 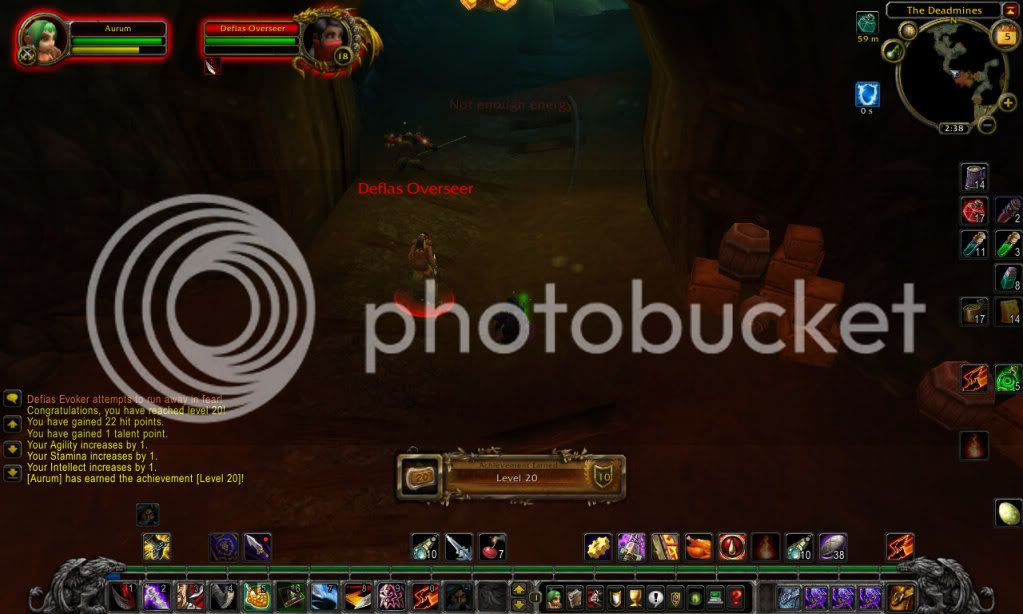 Then I arrived at Sneed’s Shredder and Sneed’s room. I had to clear out the room one goblin at a time. Soloing was a bit of a pain because the goblins do an axe throw which stuns you. This prevented me from getting a good line of sight pull. I did die on a few miss-pulls.

But once I got to Sneed it was easy. Truth, I had the entire time pulling the room to figure on a strategy to deal with the robot and then Sneed. The robot was not gouge-able, so I did lose time there. Hey how was I to know you cannot stun lock a robot. *shesh* 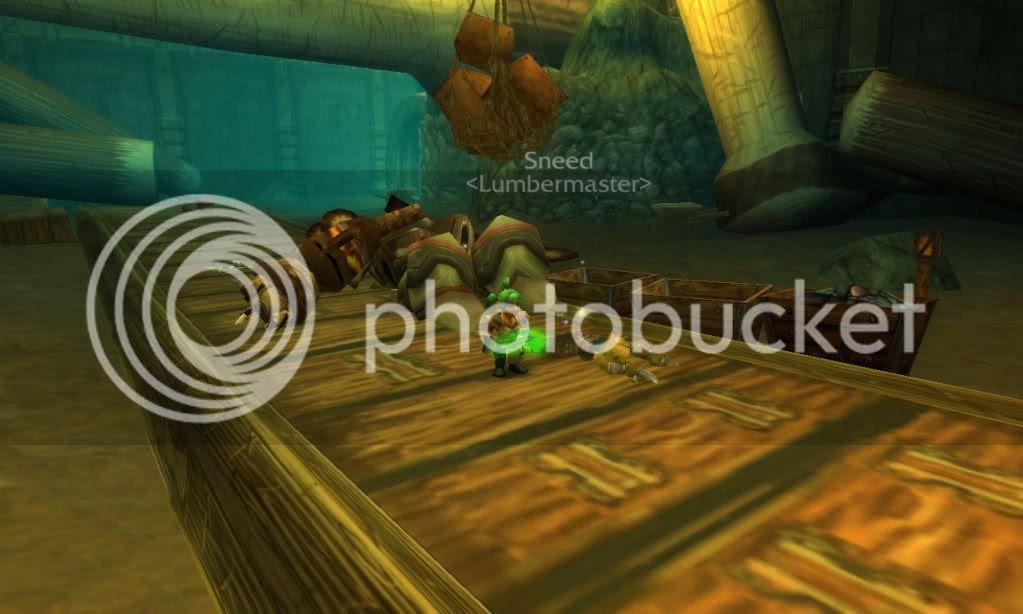 That was all I had time for since Hydra had to go clear some 25-man Naxx place. What a noob. Don’t you know soloing Deadmines is where it is at!
Posted by Hydra at 5:44 AM