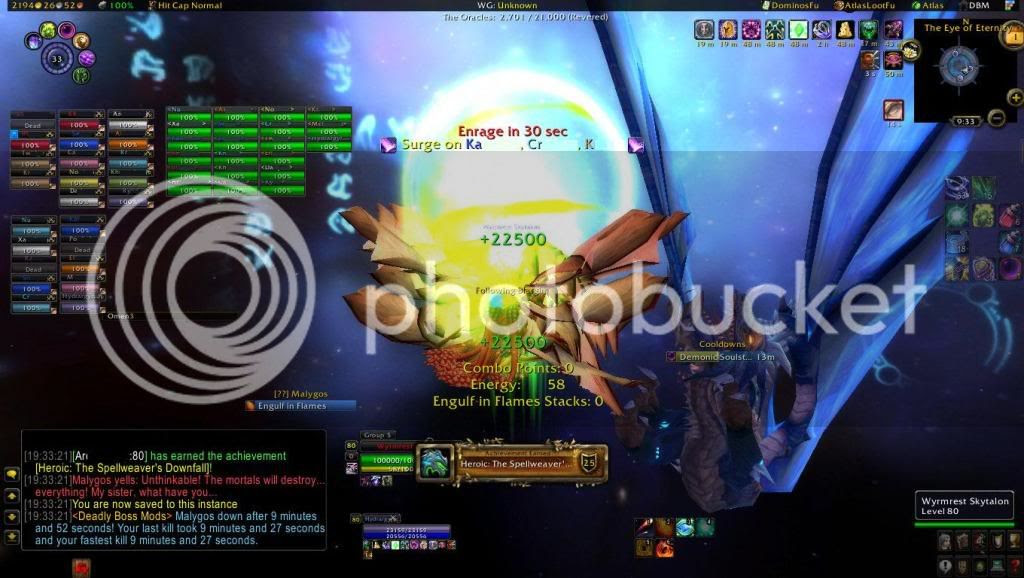 Heroic Malygos done. Malygos died the first night we tried him. I was skeptical that we could do it. We went in with 24/25 raid members but DPS was not a problem at all. Once everyone stopped dieing on phase 2 it was easy. 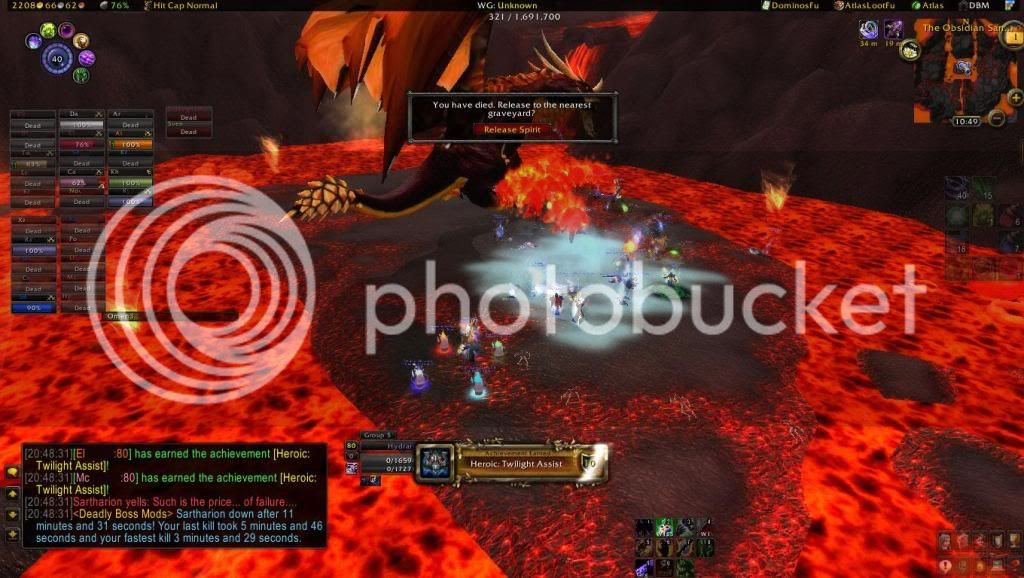 With raid time left we went over to do Heroic Obsidian Sanctum and tried it with one drake up.

Once again we left Tenebron up with all his adds. I was helping the mages with AoE. That went well for a while. I died on an unfortunate void zone. Too many adds I didn't even see it.

War Machine has the skill but we are lacking time and full raids. For us "casual" raiding guild is a description of number of raid nights and length of raids. I am very excited to see us filling raid nights.
Posted by Hydra at 9:12 PM