After the fishing contest (I was two fish and a hearth this week) I took the boat from Stormwind to Valiance Keep in the Borean Tundra. I got off the boat and while standing around I SAW them. 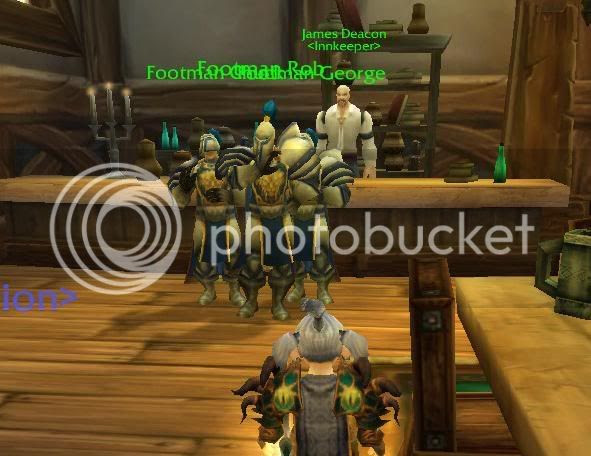 After getting off the boat I stopped in front of the inn. I was talking about my new boots and how I want to get minor speed put on them. I could get boar's speed to match Aurum's boots but really. I think the minor speed increase will be just fine.

Then I remembered that this is where the Footmen are suppose to be. Suddenly three of them popped up right in the inn doorway. I followed Footman Rob, Footman George, and Footman Chuck into the inn. I watched as they had some beer. 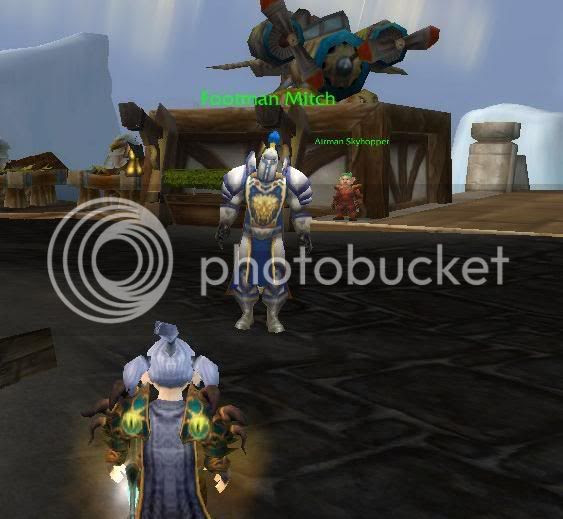 I listened in on their conversation. Footman Mitch does not partake in the pre-duty drinking. He is so cute.
Posted by Hydra at 12:52 PM