Tale of Winter Vale in Orgrimmar

Near Winter Vales end I had this insightful conversation…
[Me] I’m sorry. I was turning in a Winter Vale quest in Ironforge. You were attacking. I must defend!
[Horde friend] I understand. I got what I wanted Pattern: Red Winter Clothes.
[Me] … you can buy that from the vendor? You can talk to them?
[Horde friend] They are goblins. So yes you can.
[Me] I can go to Orgrimmar and buy Pattern: Green Winter Clothes?
[Horde friend] Yes. Just don’t tell anyone because you know you will have “friends” show up. =)

So Iridium did some reconnaissance of the area. Made sure I had the information I needed to be quick. It was the girl goblin on the left, next to the auction house. The pattern was on the first page bottom right. Was only 50 silver to buy.

I plotted by myself. In trafficking a route to Orgrimmar, I informed my Rogue and Mage on what I was doing. Since Mage did a lot of fishing there, he knew the most direct route. Sure why not, it was a raid of Orgrimmar of three. 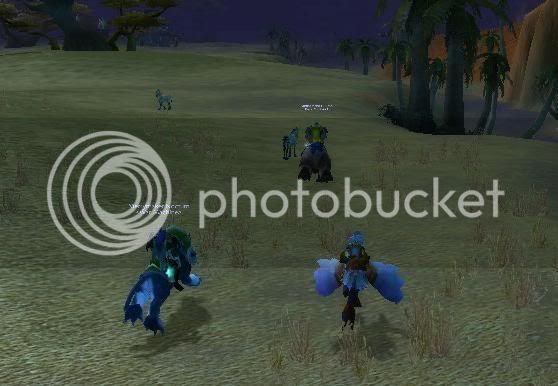 We ran in and since I had not been there we hit up Ragefire Chasm. 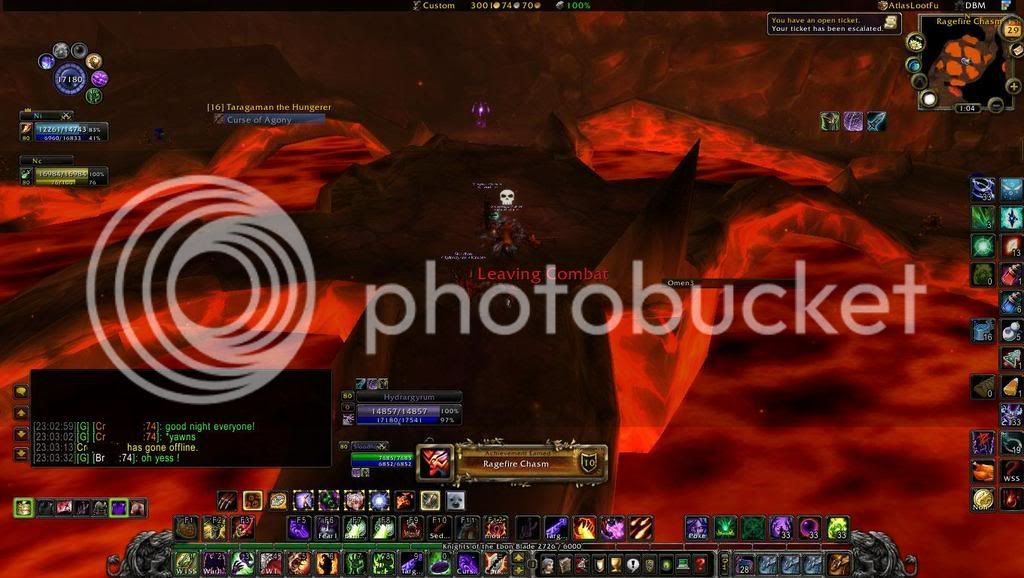 Then the odd thing happened.

No one attacked me in Orgrimmar. I was flagged. But none of the guards were attacking. I could see my two group members dieing. I could see their dots on my map. I could not see them.

I ran around checking out Orgrimmar. Maybe it was the chicken mount. But all the vendors were out of place. 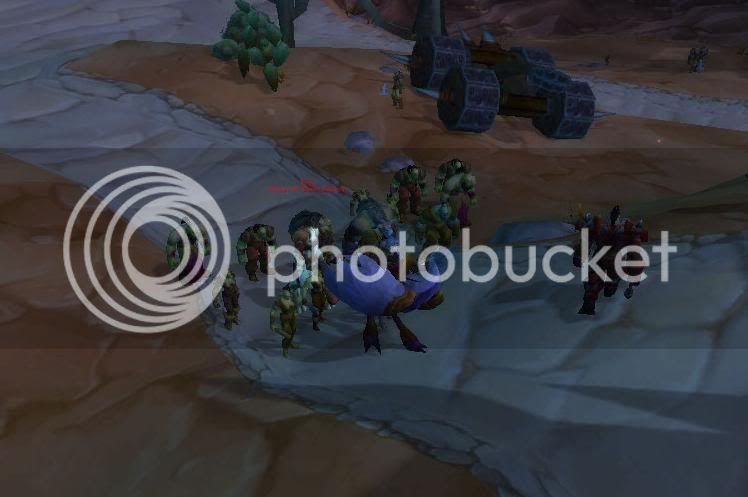 Then I saw them. Forsaken refugees. 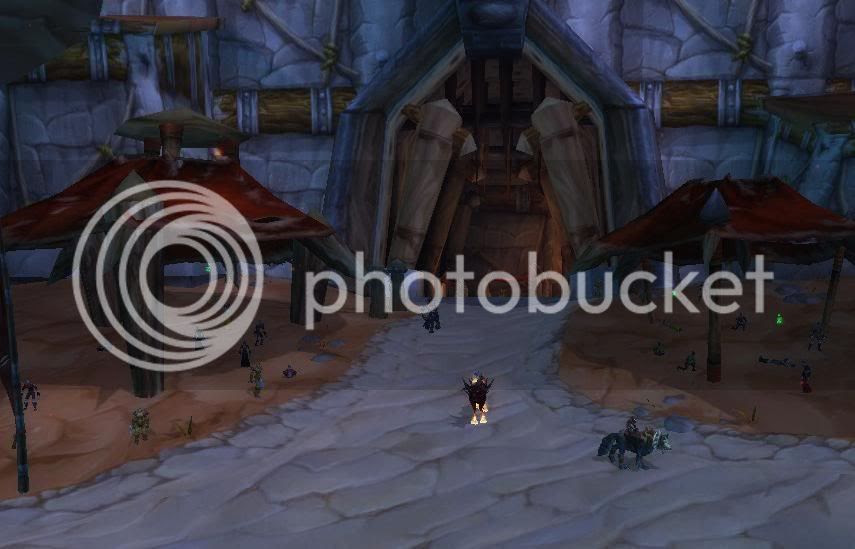 I could not RAID ORIGRIMMAR because my-lazy-self-didn’t-finish-the-quest-line-in-Dragonblight. I stopped at Reborn From The Ashes.
*growls in uncontrollable rage*

The Horde cannot kill me.

I cannot buy my pattern because I am phased. STUPID MAGES. Stupid Jaina. I know it is her fault. That is what I get from laughing every time she disses Athras in The Culling of Stratholme.

So I go to Stormwind and then go with Jaina to talk to Thrall. 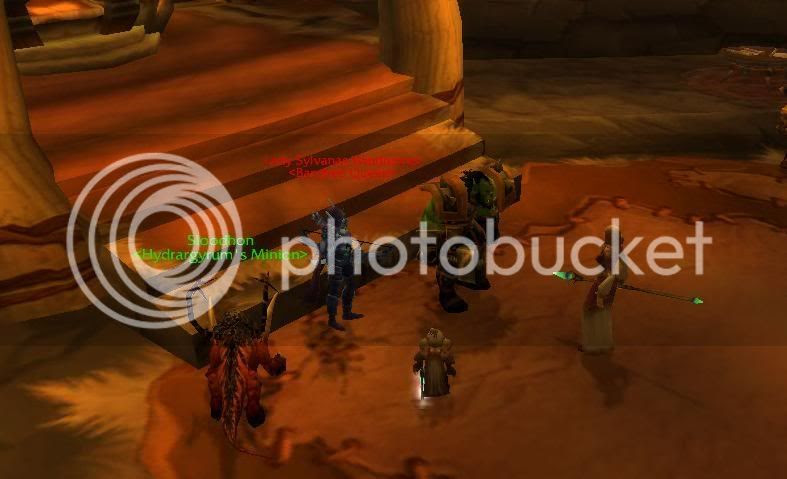 I get a little fishing in since I am there. 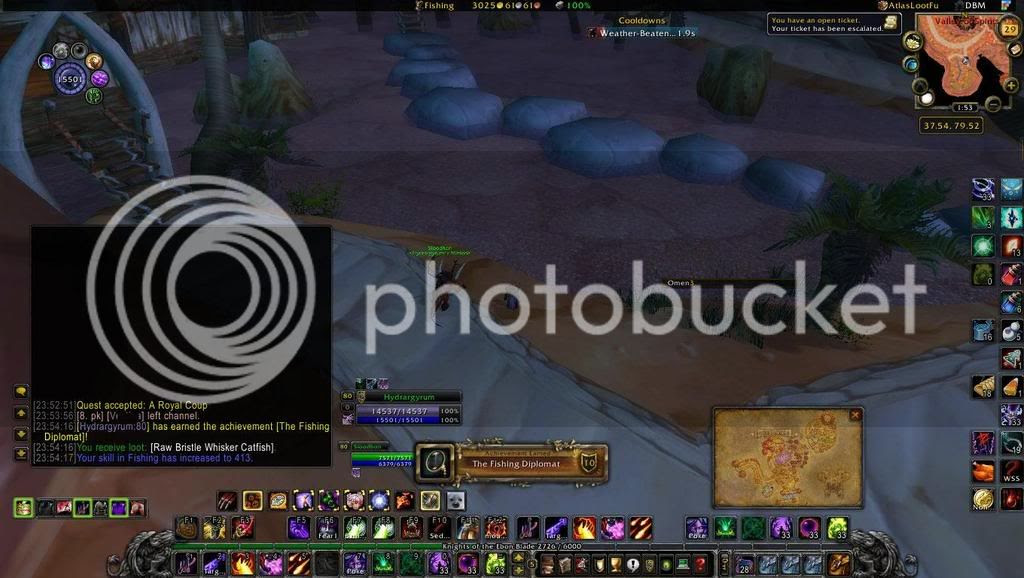 Eventually this leads me to Undercity where I get to fight alongside King Varian. (Hot… came to mind during this fight.) The numbers flashed all over my screen. 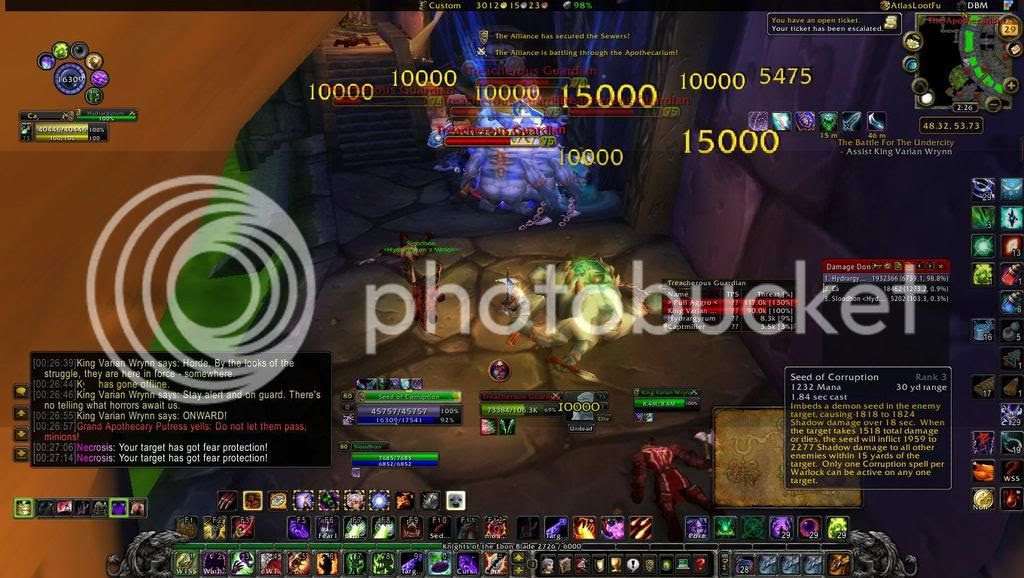 Then it was about to happen Thrall and Varian the big Face Off. LET ME WATCH. 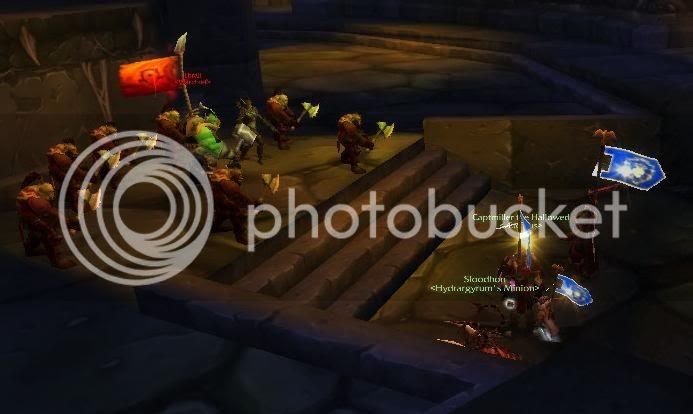 That Jaina ruined my voyeurism. Brut force man action!!! Missed. Stupid mage. But she did help me have some big numbers.

Well I did my task. I finished off being an ambassador and annihilating anything of a truce I had in Orgrimmar. Back I went to Orgrimmar all by my gnomish self. 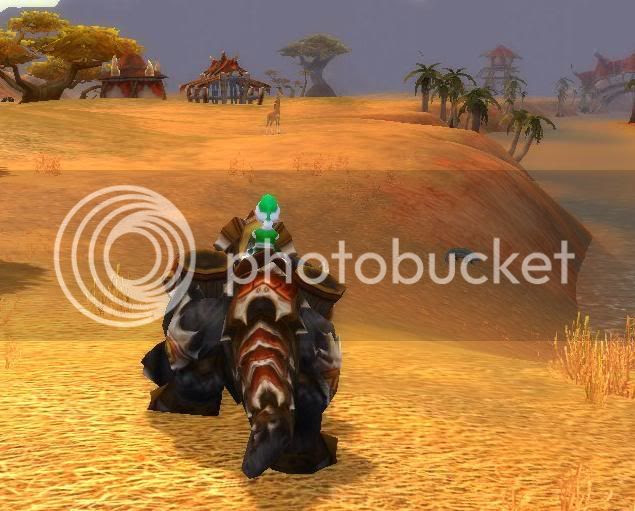 I died once to get to the vendor, then used my soulstone so I could by my pattern, then stood there and died again.

I can now make Green Winter Clothes.
Posted by Hydra at 6:34 AM