Loot the SPINE, not the Mage! 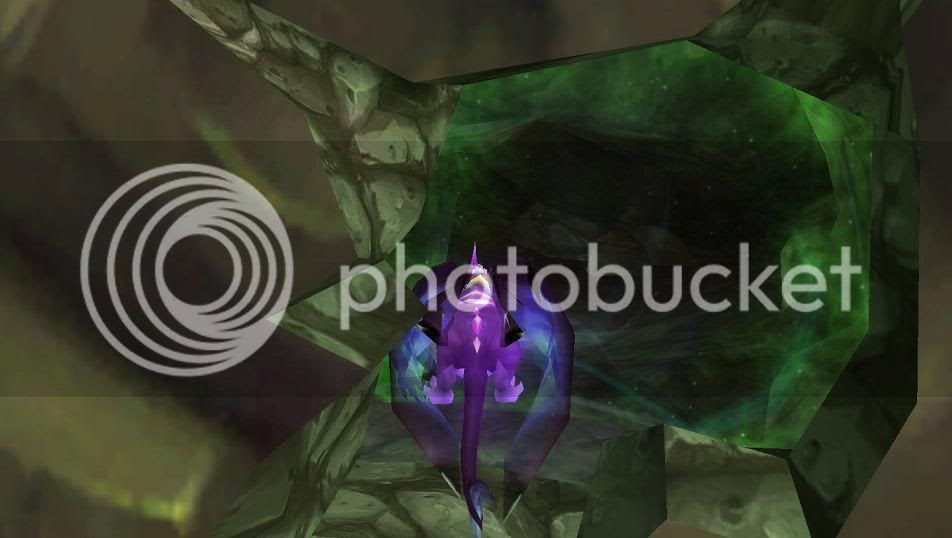 I went into Black Temple for the first time Monday. The raid was prepared to eat glass on the first boss, High Warlord Naj'entus. Videos watched and strategies discussed. I took a lot of pictures. I kind of felt like a tourist… 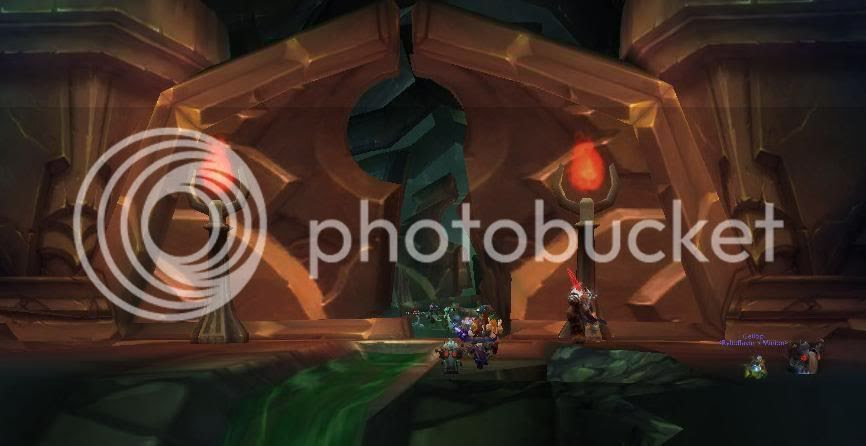 We discussed, we sorted, we stood our ground. First attempt went really well. I sorted out my Deadly Boss Mods positioning. That is something I end up having to do first time at every boss. I forget that sometimes new windows pop up for a new boss fight. I never check. Totally should put that on my list of to do’s prior to raid.

I forgot were we got him to that first attempt. I know it was long enough for the raid to understand when to throw the spines. Everyone made the macro and used it correctly: 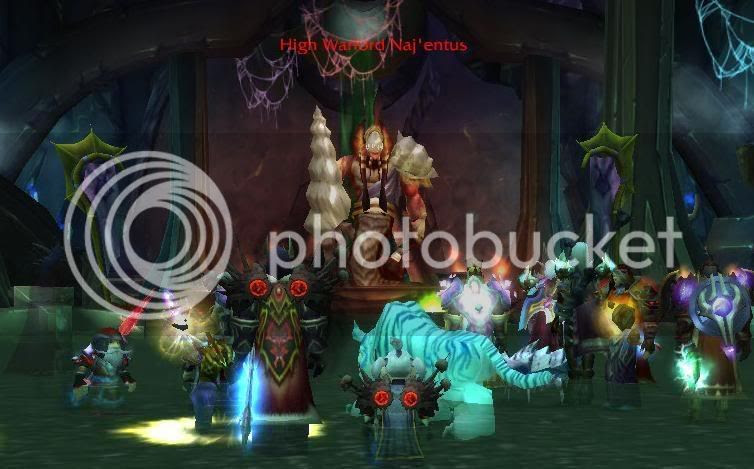 All buffed up and ready to go. Second take!

Everything was going well. I was between 2 mages. I stayed equidistance between the two big Draenei. WAMMY! Spine on Mage on the Left. *click* *click* *frantically keeps clicking* *dead mage*

In all that is evil I did not purposely (this time) let the mage die. I clicked. He saw me click. I was clicking!!

I was in disbelief that the mage was dead on my left. So I stood on him. Maybe they will not notice that he was dead. *grin*

A bit later I received my own spiney death. That was an agonizing last 20%. I watched Naj’entus’ health slowly drop. I was not able to help. I thought he was kind of cuddly for a fish.

On this esteemed occasion The Maelstrom's Fury and Halberd of Desolation dropped. Mount Hyjal will not drop caster loot for us but looks like we are having better luck in Black Temple. *hopes she didn’t just jink it*

One of the locks received the new pretty. He was so excited about it. He showed his appreciation to me in our lock channel. (The priest is one of our shadow priests. He is allowed. But don’t get me started about the “I have a lock” druids in the channel.) 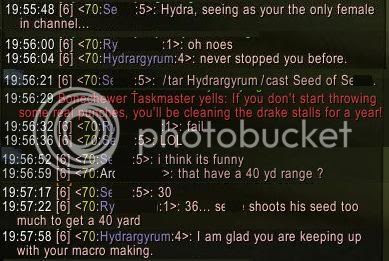 We still had a lot of time left in the raid. So off we went to visit Sepremus. He was one glowy big …rock. We got him to 49% with no other prep work then what our raid leader told us. I think he was even reading during our breaks. 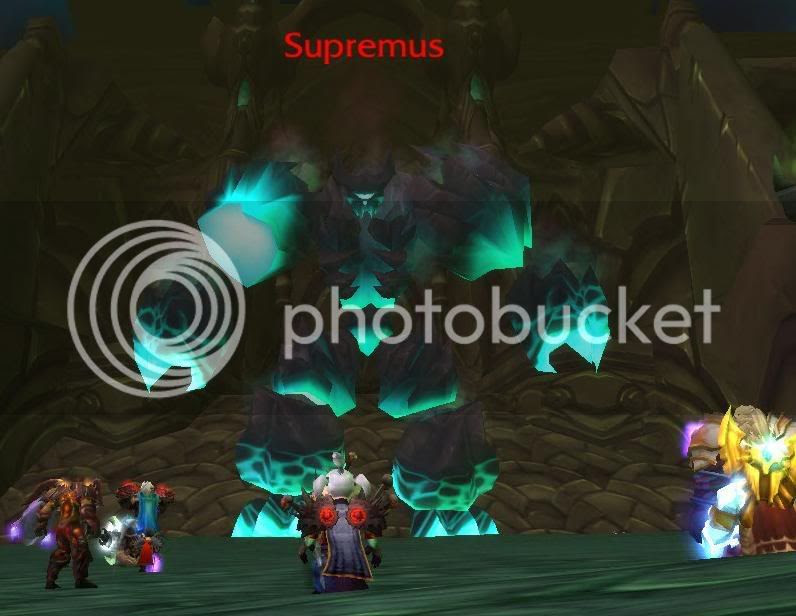 Aww. You noticed. Yea I did receive my first T5 piece. Void Reaver dropped a token the other week and I was the reciever. So the Mantel of the Corruptor became mine. I look good in skulls.
Posted by Hydra at 7:42 AM