Argent Tournament TIP for those that have not received the title. DON’T turn in the last quest to get your title until you have earned all the tokens you want. That way you are still doing two dailies while killing the same mobs. *grumbles about the lost gold*

The smelly humans were the last on my list to become a Crusader. 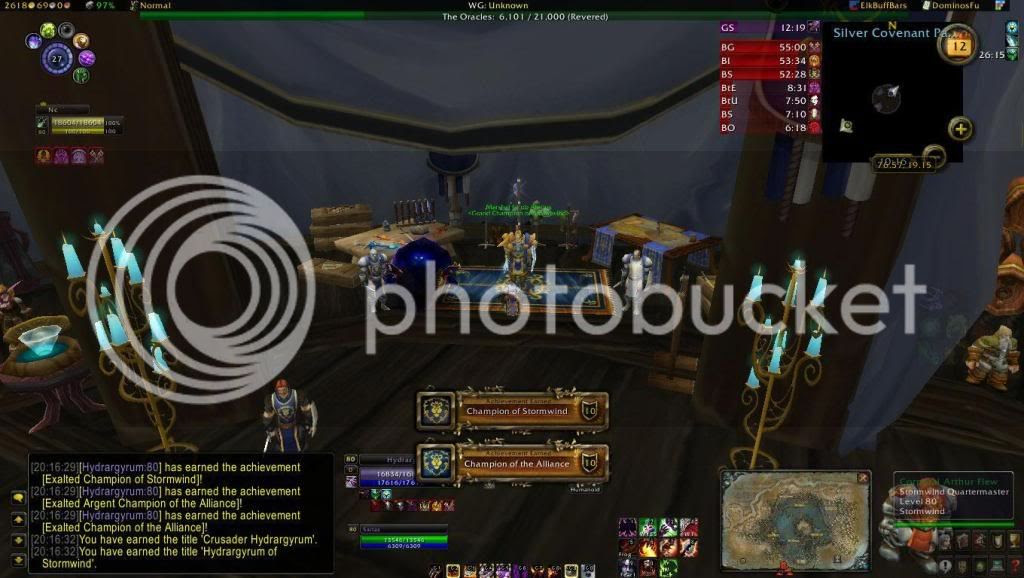 This year I got the Veteran Nanny achievement. Apparently I did the Outland quest last year but not the one that started in Stormwind. 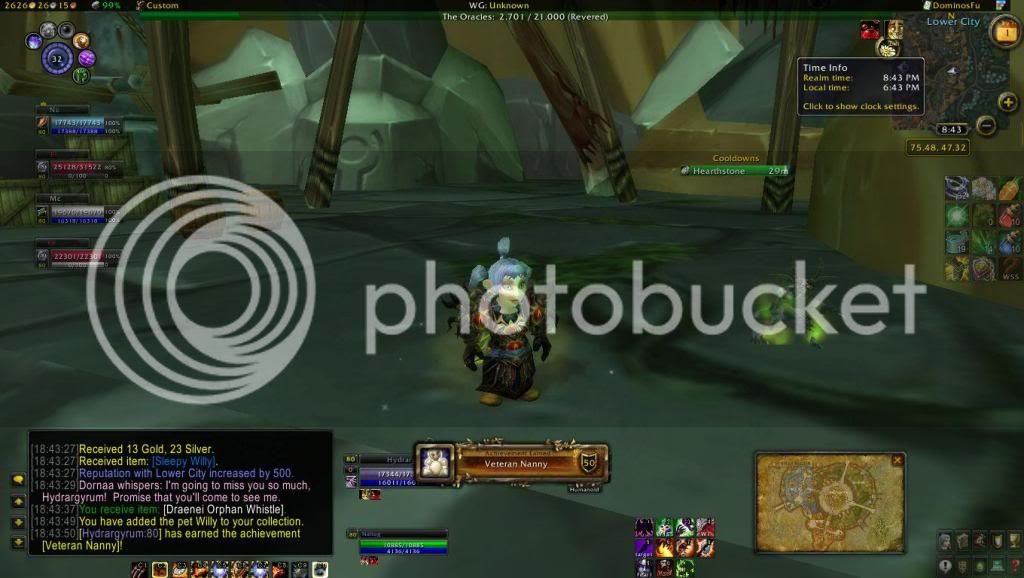 Last month in getting prepped for trying to buy Blizzcon 2009 tickets I switched to a battle.net Blizzard account. Remember final is final.

Last month my druid, Iuncusia (with an "i" AKA Lung Cookie AKA Cookie) turned level 80. With some gear and practice I am getting OK. And that is just fine by me. Here is her actual Ding! Shot in Culling of Stratholme. 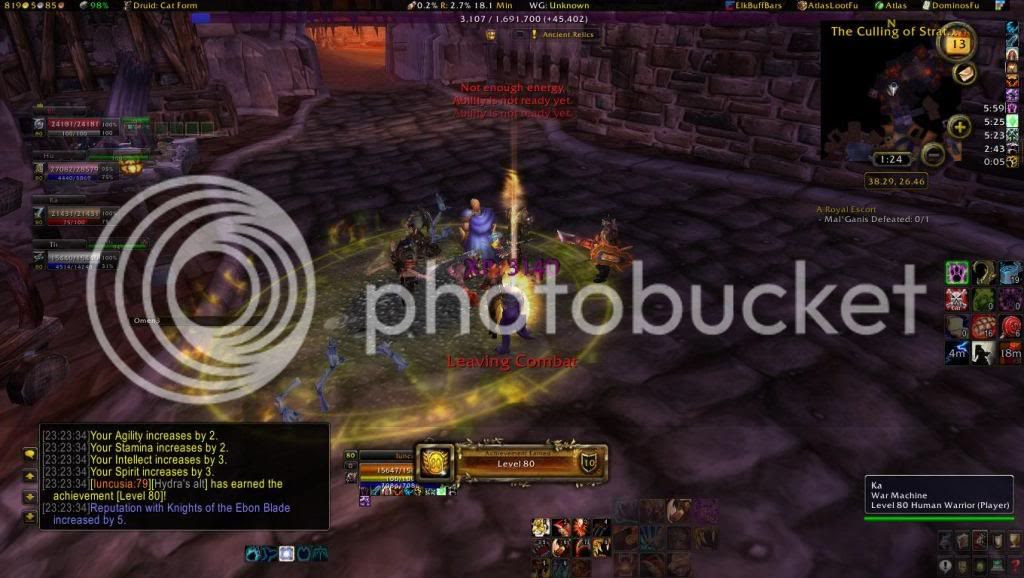 After turning level 80 I went to go train in Moonglade. I think I didn’t train for a few levels. 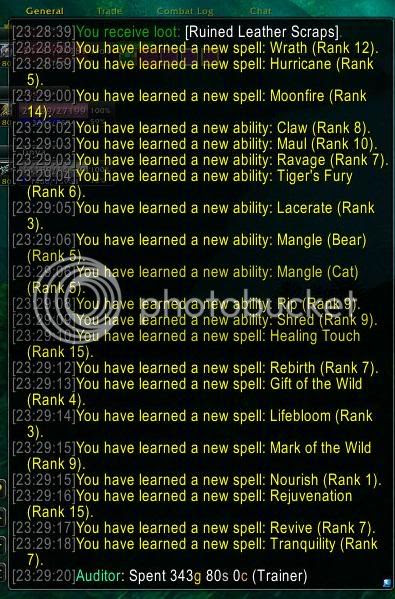 Mom is doing instances. Heroics even! What a huge step. No more Spell Power for this hunter. She also has a new fancy crossbow. There was also a run of Heroic: Culling of Stratholme where she was able to get the bronze drake from the time event.

Of course there is more!
Posted by Hydra at 6:50 AM