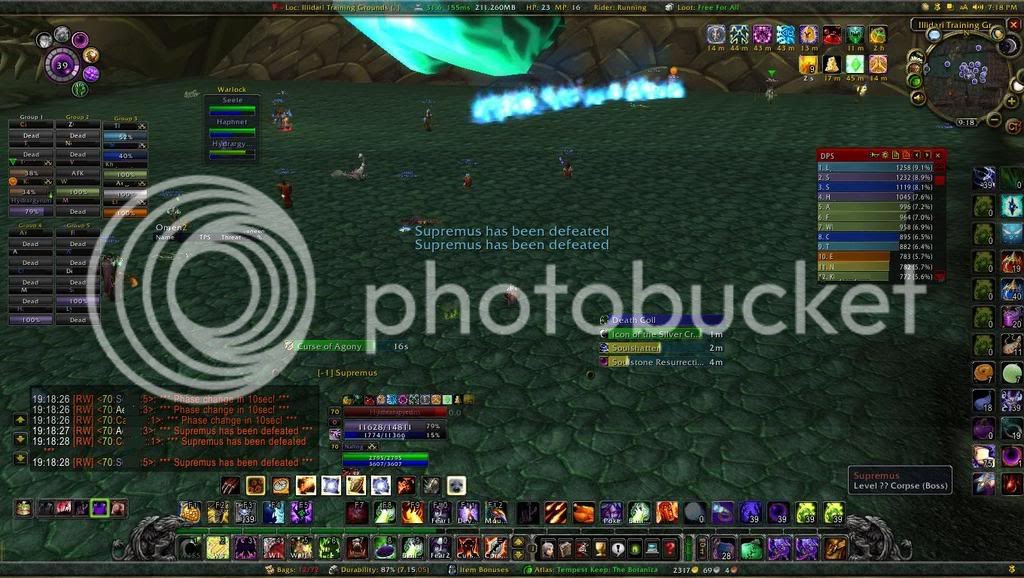 Completely unexpected!! We have attempted him a few times after killing Naj’entus, but this was our first time going straight to Supremus. We expected to have a glass chewing night ahead. After our third attempt he was down. It was a bit messy as most first downings are, but dead.

With our third tank terribly under geared for Black Temple, our two attempts on Shade of Akama went better then expected. We all learned a lot from those runs.

Like all guilds that can barely field the 25 class balanced raid we have canceled a few raids in the last two months. We even took a week off form raiding. The fact that we could even come back and run a full Black Temple run is amazing.

We are still trying to see new content. But even now we lost two healers and two dps in the last few days. At the same time we gain raiders but the gear level is not the same. People do not want to raid SSC and TK to gear up others. We are even having trouble getting full Hyjal raids.

If this is all we do prior to the release of Wrath of the Lich King on November 13th it is more than I ever expected.
Posted by Hydra at 1:39 PM