Would it surprise anyone if when I was in Fourth grade I was in a group called “The Ball Busters”? When I was finally caught beating the snot out of guys by the playground adults was made to write “I will not beat up on boys.” or some such nonsense 100 times. It is still one of my parents’ favorite stories about my childhood.

Apparently, it did not stick! 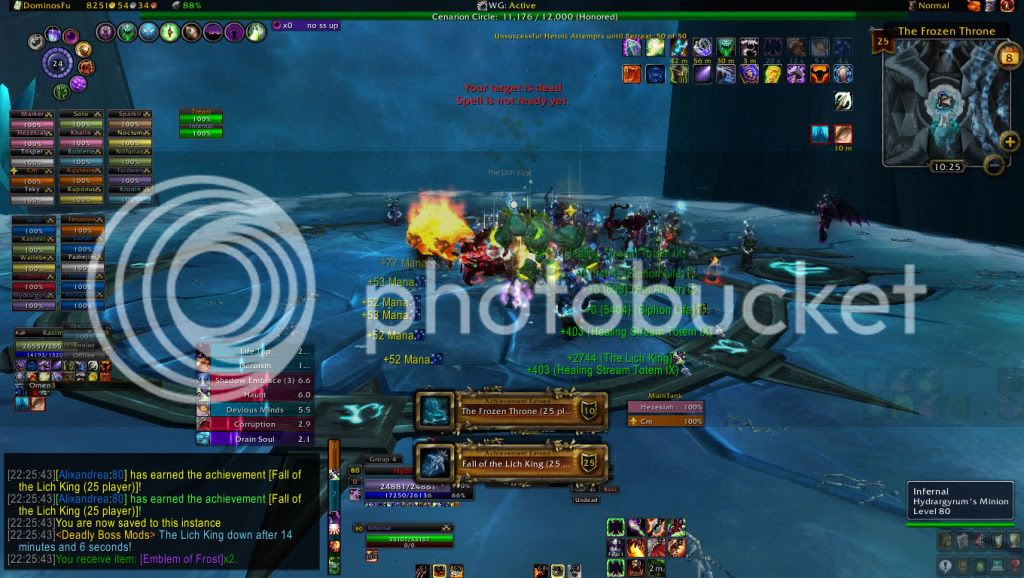 Night Shift killed 25-man Lich King!! (I think we were third on server.) We extended the Raid ID so we could start fresh Tuesday on The Lich King. The first pull we got to the last phase. It looked soooOOOooo very promising.

After that we had a few oopsie mistakes…
like a tank dropping off the edge in transition,
defile being dropped in melee,
healers not know what to do in the last phase, and
IDK, 'cause when I was picked up by a Val’kyr I fumbled my keybinding and hit Shadow Ward instead of my Demonic Circle key and fell to my untimely death. 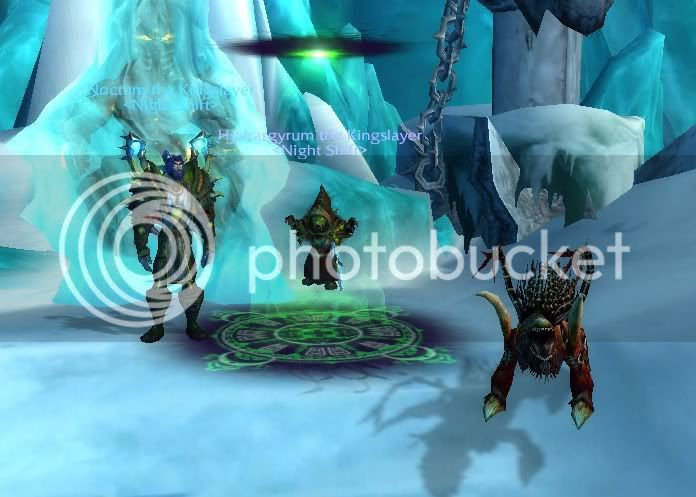 I don’t know how many people died by the end but we got to the last phase with only one down. Last phase we did the run away from the thingies that explode. Some didn’t like it. But for us it worked because it made everyone stay moving with the defile not being laid down on melee.

I stopped and watch the cut scene that I EARNED for the first time. It didn't make it any less awesome. 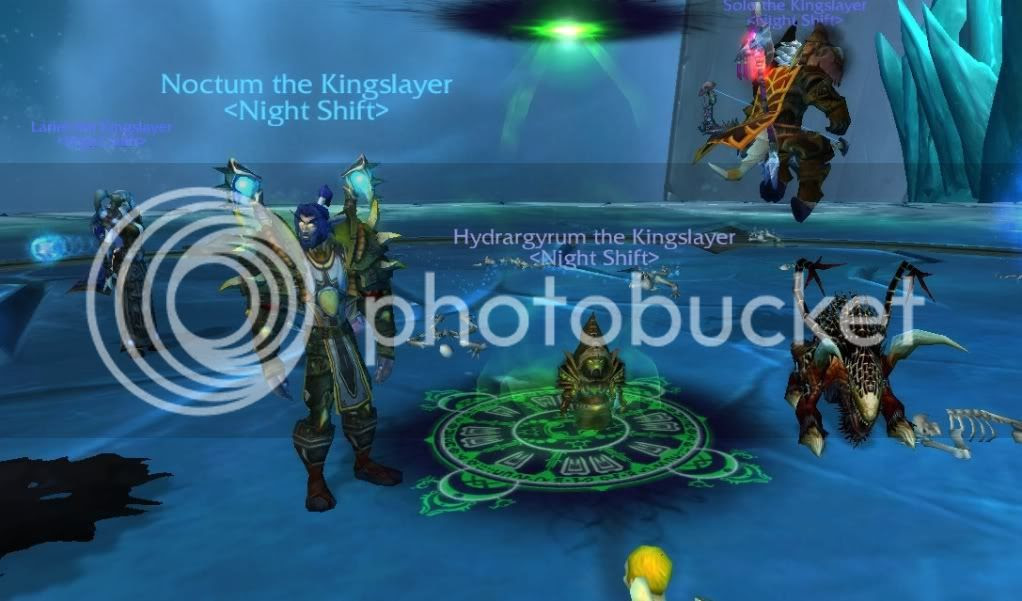 Now I just want to know when do I get to go save Gnomeregan.
Posted by Hydra at 9:49 AM