It was the Pits

I druid tanked Pit of Saron for the first time. I had two friends dpsing for me, lock and a mage. A ret pally was the third. Then there were the healers… That is correct multiple healers. 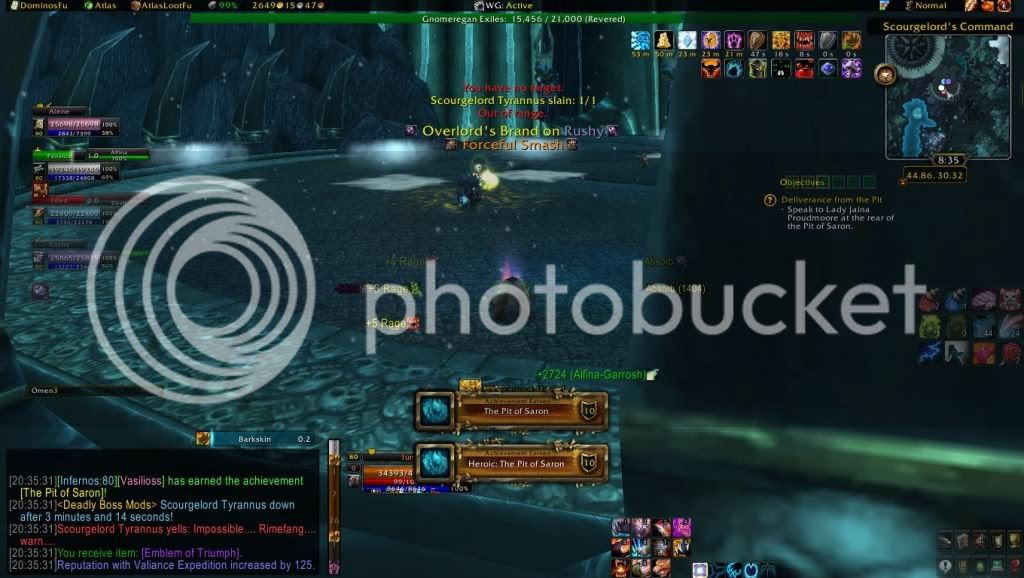 Healer 1
Was fine. Then decided to stand in the mines, and dies with Krick and Ick still at 70% health. We survive another 20% or so but … you just run out of cooldowns. That healer left.

Healer 2
We killed Krick and Ick with no trouble. Then came the pulls I was dreading. I have no DK with me. I have no hunter or rogue to help me get agro on everything. Plus the 3 casters and 2 melee adds change after like 2 pulls. We died twice and the healer made a snotty comment and left. While none of us commented that he was still wearing pieces of 70 gear.

Healer 3
Still had to deal with ever changing trash pulls. I had no idea what their behavior would be like. At this point my dps friends were making fun of me, something about “Angry HYDRA”. Pfft. Just because I was yelling in vent did not mean I was angry. Harrumph.

We one shot every boss in Pit of Saron. (except Krick and Ick. I choose not to count that since seriously HEALER GET OUT OF THE EXPLODING PURPLE BALLS OF DEATH.)

The ret pally was really nice. And I thank my friends for laughing at me.

My trouble was understanding how the dumb adds moved since I normally stand 30 yards away… at a safe range.

I also said to them if you know of a better way then just yell at me. The third healer pointed out a thing or two, but that was it. So healers left in a huff knowing it is not the easiest instance to pull and had no constructive input. Plus, which part of “I have never pulled this place.” Did you not understand?
Posted by Hydra at 11:59 AM