Yesterday it was get there and get badges. The line was long but from what I was told it was not even as close to as long as it was when they opened before 4 PM. If you had all of your information, email barcode and ID, the line constantly moved.

I had been in contact with Fimlys for hours to meet up for dinner. We went out for burgers. The three of us chatted.

Fim outdid himself. He made really nice cards. He made stickers for the meetup Friday night. He even had a really cool badge that said “Fimlys” on it. That way people knew how they could identify him.

BTW I failed my sister-in-law. Here I hung out with Fim for hours and didn’t take a picture. I will fix that today.

We went to the wow.com meetup. We were there late but that seemed to be better. Most of the crowd thinned out.

The first person we saw was Turpster. You cannot miss that voice. Then I spotted across the room some guys from Just My Two Copper, but didn’t have a chance to go say hello. Plus about then was when Husband distracted me with a drink.

We spent a lot of time with Rawrcast I highly suggest checking out RawrCon. They are having a bunch of people call in. 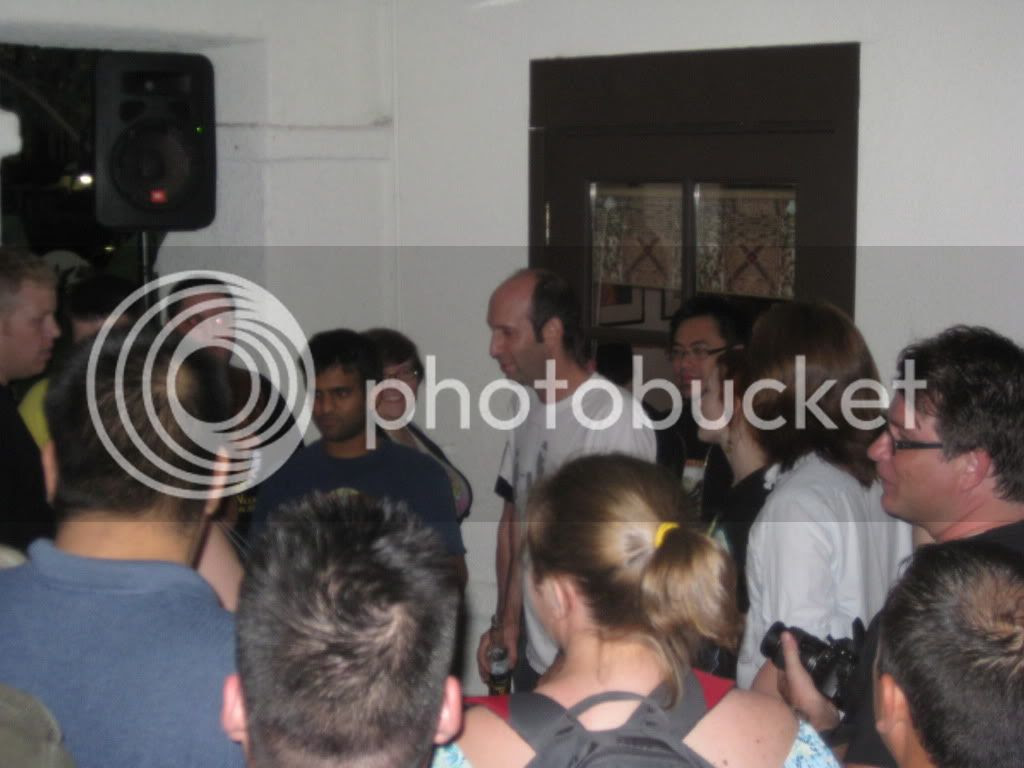 I bugged some of the cast of The Guild. Jeff (Vork) sliced his finger and had a gazillion stitches. Yea, I was more interested in that then actually talking to them. An example of why you will never get hard hitting information from me. 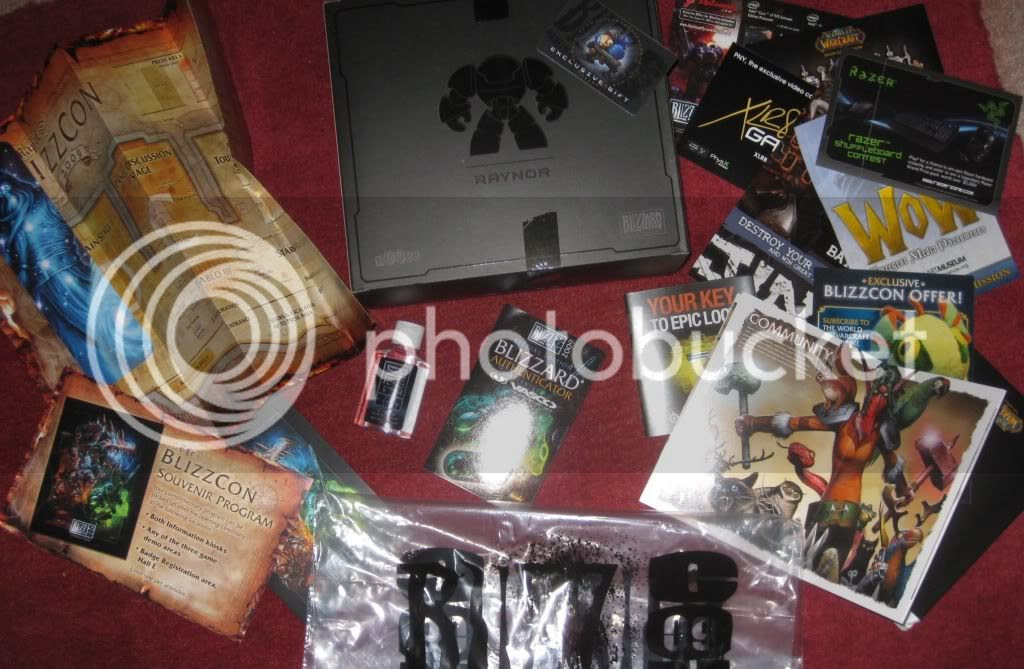 Today Blizzcon actually starts. Husband said if we don’t do anything else he is okay with it. He has his Grunty the murloc marine and the rest is just bonus.
Posted by Hydra at 9:03 AM