This was the most fun in Obsidian Sanctum I have had in months. We had a girls’ night out. All invited. We would figure out raid set up once we put the raid together.

A friend set it up. We were wracking our brain about who we knew was an ACTUAL female. I was able to talk to a few. Of course afterwards I came up with a few more I need to talk too for next time. We should eventually be able to fill a full 25 Woman raid.

We did have a few guys try to shoulder into the raid. When we were looking for more to fill the 10 woman raid, offers of “I will mute myself.”, “I can tank.”, and the easily ignored “Can I come?” were many.

At one point there was a discussion about Hydra healing. Laughter ensued. Hydra brings the dps. Iuncusia brings the melee dps or some tankage. I tried dispelling diseases and I had trouble with that. (It is a sordid tale.) We had plenty of healers so it was not an issue.

Once we decided to 8 women OS. We needed an off-tank, instead of Hydra getting to pwn face, Iuncusia was off tank. First time tanking in OS, but I felt very comfortable tanking. It could have been that I was Naxx OT the week before. 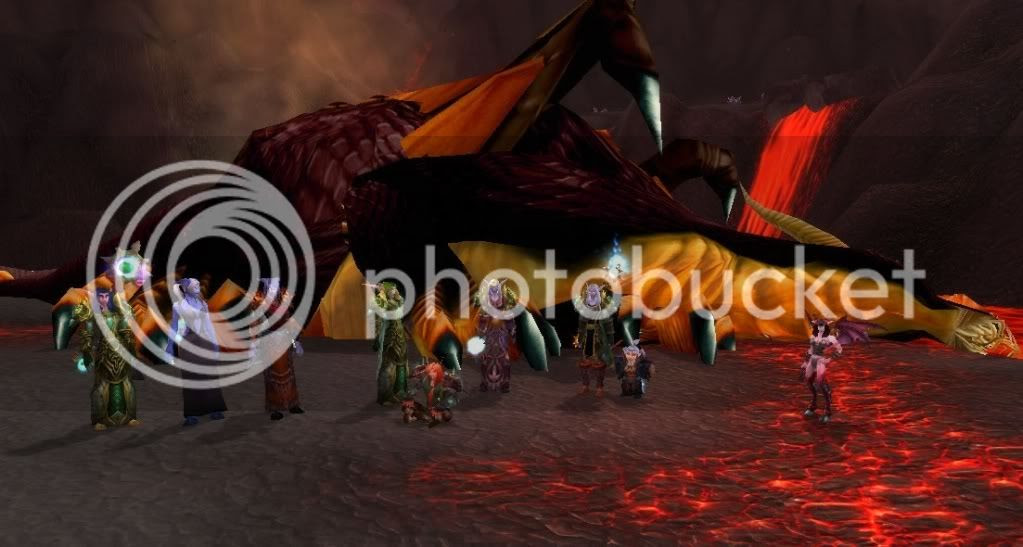 (Yes, I saved myself to an OS 10 just to take the picture with Hydra.)

I lied there was yelling.

While tanking, I was on Sartharion’s adds. I had never done this before. There was an unfortunate Growl on the boss. *blush* So there was me screaming “I’m sorry! I’m sorry! Here you can have it back. I’m sorry.” ... but with cussing. Lots of cussing.

We plan on trying this every other week. The next one is already planned. We think we are going to try going EoE sometime too. Many have the neck piece quest. Since a lot of our guilds no longer run OS and EoE as guild runs these will be quick fun runs.

Girls only raid, Vent required.
Posted by Hydra at 6:19 AM