I met The Guild

It may not surprise anyone that I didn’t know that The Guild cast was going to be attending this years Comic-Con. I don’t make plans to see things when I go to Comic-Con. It pretty much stems from “I have seen it all”. I remember when the convention was held at the same time as a quilting convention.

I was inline about 20 min before their panel on Friday. There were already enough people in line that the empty room filled up. I had to wait for people to leave the standing room only panel to enter.

I listened to the last 15 min. I didn’t get to watch the two videos they showed. I did get to hear them say their booth number, which was the most important thing. 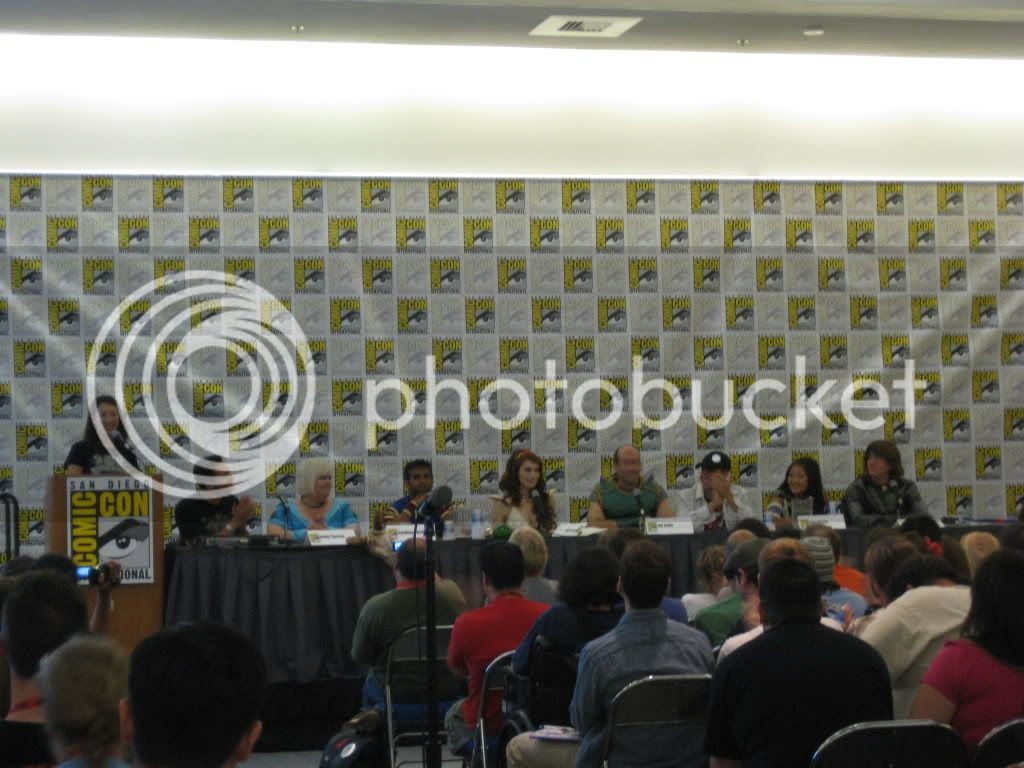 Later talking to Falicia Day, they did request a bigger room to their credit. But the planners didn’t see a web show would translate to a lot of attendees to the panel. *snicker* Absolutely didn’t realize what they were dealing with.

When I saw that the entire cast was there I knew I wanted sound bits for the podcast, Twisted Nether Blogcast. I had already talked to Scott Kurtz of PvP, Lar Desouza of Looking for Group, and artist Todd Lockwood.

But who should I start with?
Falicia Day? Well TNB already had a sound bit from her from Blizzcon last year.
What about Vork? Or the nice lady that plays Clara, Robin Thorsen?

I have learned a long time ago it is not so easy to get to the actors, artists, or writers. I have had more interesting conversations with producers, editors, and those who have access to those “popular” people.

When the booth was not busy I asked if Kim Evey was going to be at the signing later that day. Kim was actually there at the booth. I told her how I loved her work before The Guild and I was glad that she was producing the web series.

Thanks to Husband he pushed me back to ask for the sound bit for TNB. I was going to wait till later. *sigh* I know better. Take the opportunities as they present themselves. Kim was great as I explained what I wanted. She then did the call in for me.

With the number of people who went to the panel, I figured the late afternoon signing would be packed. Plus again I am not prone to waiting in lines. I was there for other panels too. I stayed at the Vertigo panel until Karen Berger was done introducing all the current books and projects. (I am looking forward to the Fables prose book.) Then I got in line as they started signing. 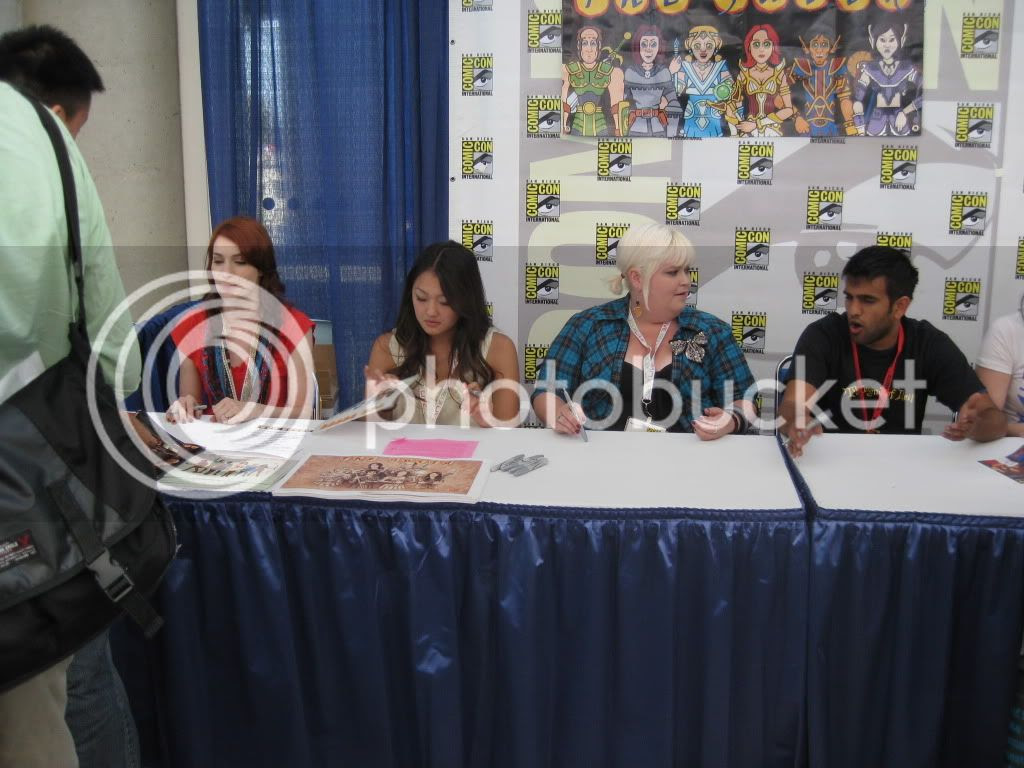 This was a little slice of exclusive geekdom at Comic-Con. People who enjoyed comics, played Warcraft, watched web shows, and was at Comic-Con 2009. The line was as interesting as meeting the cast.

I didn’t ask Falecia Day, Codex to do the TNB call. I know she would do it for me. But I wanted others in line to get a chance to talk to her. I was focused on those we didn’t have yet. 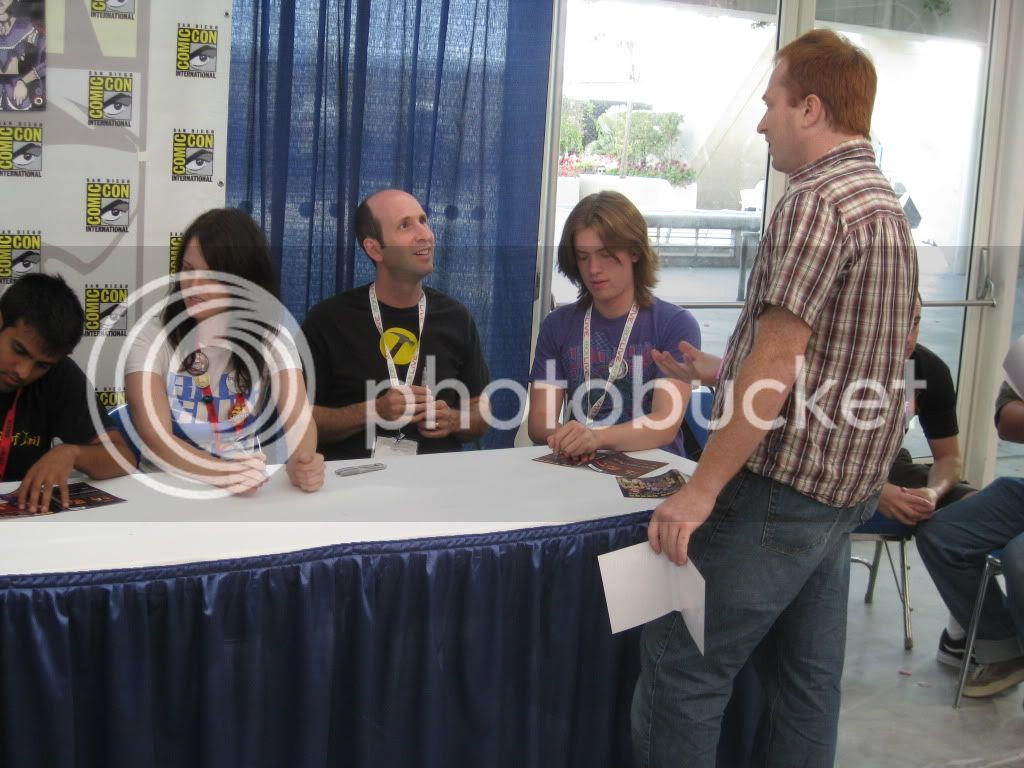 One after the other they called in for me. I had “Twisted Nether Blog-cast” written out on a piece of paper and they called. It was fantastic!
Robin Thorsen, Clara
Amy Okuda, Tink
Sandeep Parikh, Zaboo
Michele Boyd, Riley (Hot console gamer girl)
Jeff Lewis, Vork
Vincent Caso, Bladezz

They all signed my Season 1 and 2 DVDs. I couldn’t help myself, I bought a glossy of them all in there cosplay outfits and had them sign it too.

I had Kim sign my DVDs and picture too. I didn’t see anyone else taking the opportunity to have her sign. That is when she introduced me to Sean Becker the Director and Editor of The Guild. He signed my items also. I, of course, asked him to do a call into TNB.

Sean thought it was a brilliant ideal, mobile and easy. He was so taken with the idea he actually did two takes in the same call for me (not us, it was just for me). That will give Fim some options. After that there would be no way I would question he was not a director or an editor. 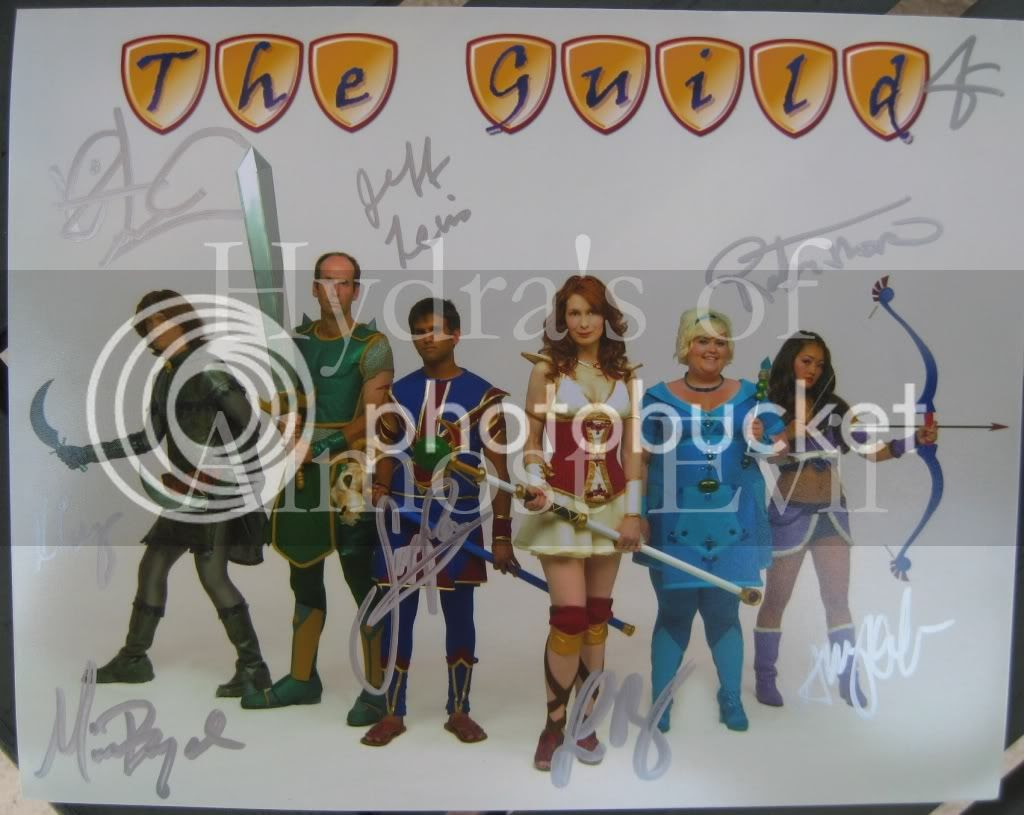 After all that, I was done. It was a very successful convention. I saw the things I am interested in. I spent time with a lot of people I only chat with occasionally. Plus I made my own fun with all the TNB calls.

About then is when I received a text from Fimlys “You ARE AWESOME!”