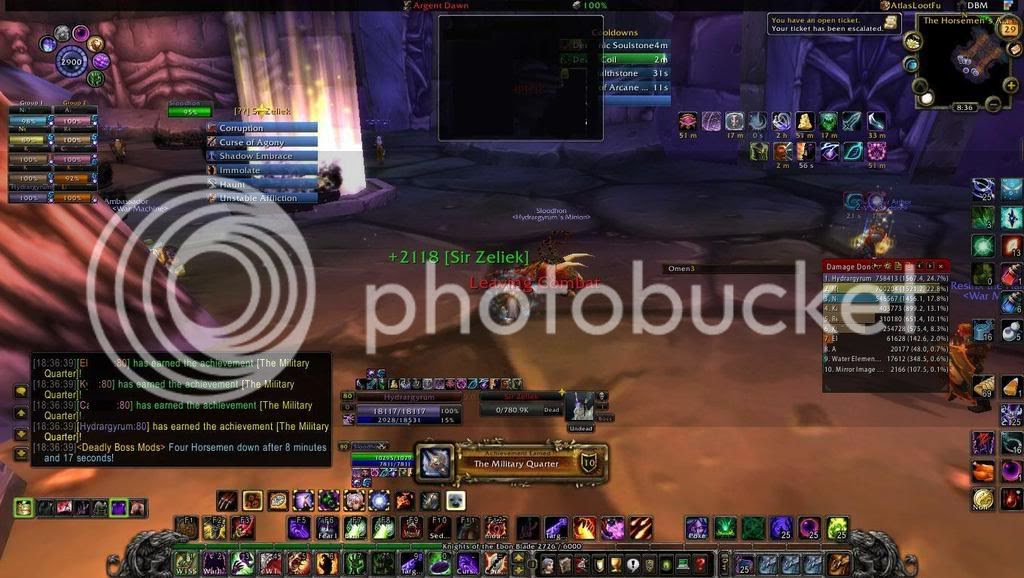 We tried Four Horsemen once before. I tried lock tanking twice. Once the other week which was fail. Then I went back did some research and tried it again last night. I don't know what I am doing wrong .... but I died the two times.

I have read that I should be able to drain tank through the damage. I need to look at the WWS report to see how much damage I was taking versus what I was getting from my Improved Drain Life and Siphon Life. It was just not going to happen until I can find out how to heal myself as fast as I am getting damaged. I know!! Hard concept to grasp!

I don’t like reading I “should” be able to do something and cannot. Unless I can come up with a definitive process to heal myself through the damage I don’t think I will be trying it again. I am not going to spec talents into more survivability at the loss of dps when we have other options in group. The pally and boomkin had no problems. Dead boss is dead boss. But still.

We killed Patchwerk on the third attempt of the night. The first time part of the raid had never seen the fight before and positioning was right next to the kill-you-if-you-touch-me-canal-of-ooze.

The second attempt, one of our pally healers DCed. We still got Patchwerk to 4%. While we buffed up one of the warriors went to change specs and gear for more damage for the third try. *Opps* And maybe I should change out some of my gear... something about hit rating (more to show about that later).

Being able to summon into instances is soooooo very convenient when it is not abused. It is really great to be able to keep a raid going. I can summon someone back after a respect or because something important needed to be retrieved. I do try to call out when we are grinding new bosses and I get low on shards. SS and Soulwells >>>> then summoning your sorry lazy ass.

We went off to take a look at Grobbulus. It was close to the end of raid time. More of us actually seeing the fight the better. Looks easy enough for our merry ban of raiders.

While getting to him I got to play 3-D Frogger for the first time! 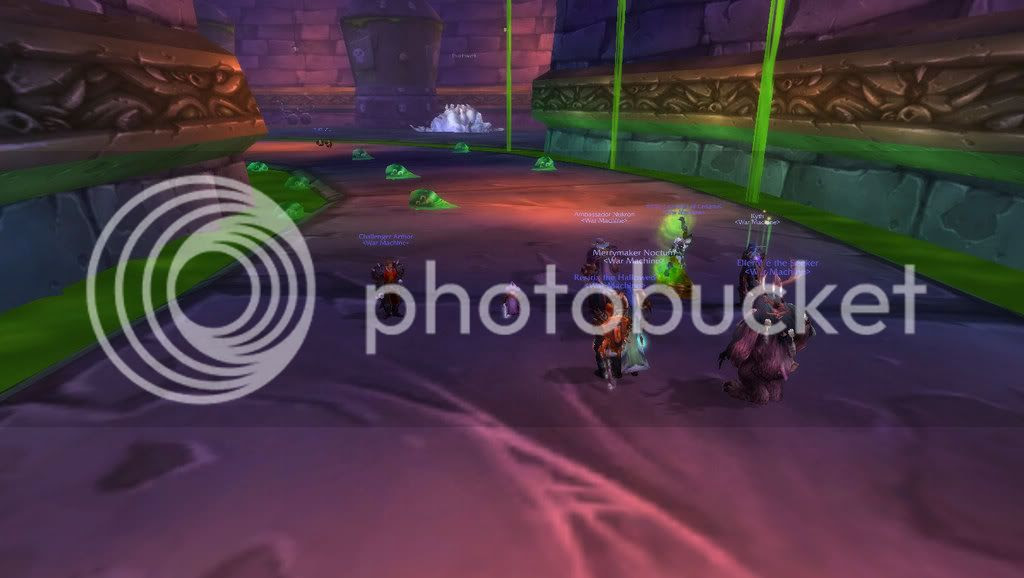 He commented that he should have taken his clothes off or put his dress on. He made me laugh to the point of tears. I think he is correct in his statement.
Posted by Hydra at 8:39 PM