I am finding really great ways to use the circle. Like avoiding: cloth armor + whirlwind = dead warlock situations. The circle is a great tool to help move into range.

We can use your teleport while moving. I quickly learned to not count on the port to not be on cooldown. Start moving out of the way while you hit your teleport. I am sure you can think of other ways to use it. Here are some of mine while doing dungeons.

Azjol-Nerub - Anub'arak throws up spikes. I use the circle to reposition myself and get out of the way.

Halls of Stone - Tribunal of Ages has beams being shoot at you during the event. I have started to put a circle down for pure repositioning purposes. This is one place where that is an asset with the last phase having two separate beams that you need to ensure you move from.

Halls of Lightning – Ionar is a "run away before he gets you" fight. I use my circle to get away from the party member that has the static overload.

Halls of Lightning – Loken is apparently the deadliest boss in all the game. To the point that Ghostcrawler posted how a Pally healer has to heal this fight since they have the most trouble. The circle lets you port while you move. This is great if you have the strategy to move. Us? We cheat and have two Uber-dps, all of us stand in place, and bring in an AOE healer to help out our Pally heals. This is one time I wish the cooldown was shorter.

The Nexus – Ormorok shoots spikes out of the ground. The circle is another emergency option to move out of the way.

The Nexus – The Commander (Heroic Only) does a wicked whirlwind. He also likes to reposition after a charge. The circle is a great tool if I find that after a charge I am suddenly where he is being tanked.

Violet Hold – All bosses I set up my position on the steps. This helps me orient myself in the room during and after a fight. It is a great way to port myself to safety to eat and drink. The final boss, Cyanigosa, pulls everyone to her. I immediately use my circle to get back into range. 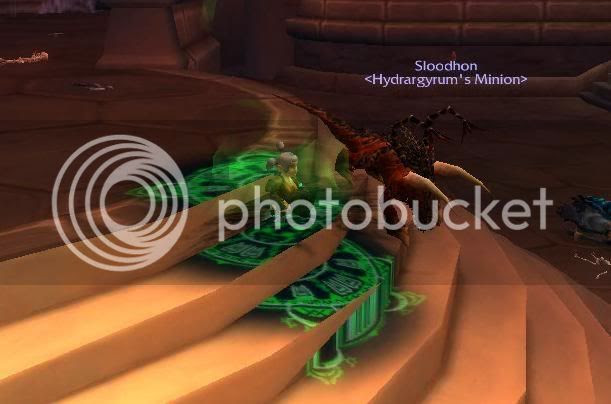 Oculus – Drakos pulls everyone in (like Shade of Aran in Kara). There are also floating bombs released and a bomb on a player that need to be avoided. I use my circle to get away from everyone. They know where I will be so no running to the same spot.

Oculus – Mage-Lord Urom was the first boss I found the circle to be immensely useful. When he is on the center ring and engaged he will periodically port to the very center of the ring and cast an arcane explosion. Prior to the fight I set up my portal at the outer edge. A stone pillar is between Urom and me when he casts arcane explosion. This makes this fight easy mode for locks.

Ahn'kahet: The Old Kingdom – Herald Volazj makes you fight clones of your party members. I use the circle to mainly reposition myself after dealing with the party clones.

Utgarde Pinnacle – Svala Sorrowgrave sacrifices someone and you have to get off the platform. When I am sacrificed I spam my port button if I think it will be close.

Utgarde Pinnacle - Skadi the Ruthless chases someone while he whirlwinds. The circle is very useful in this fight. To the point that if you have yet to try it, you will be amazed at how much easier it will be while you are killing Skadi. This is one time where I kited him after the tank died to kill the boss. Having the circle up so I can get ahead was a huge factor in getting it accomplished. 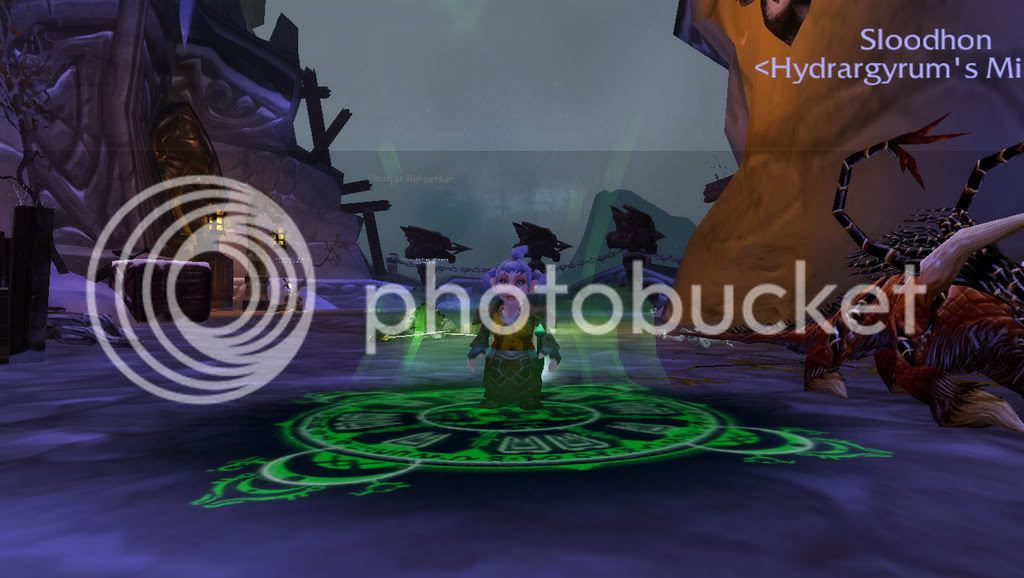 Demonic Circle useless? Not even close. Situationally more helpful then others? Absolutely. The fact that the gnome pile of dust is the same size as an orc pile of dust? … is just creepy.
Posted by Hydra at 6:08 AM