Nice place you have Kael’thas

Guild did new trash in The Eye. The other affliction lock and I had to fear and keep UA up on the Battle Mages. It went really well. I do have to say that both of us agreed that chasing down the mob to re-fear was very odd. It would not be so bad if they were not running 300% faster then us. The Boar Speed on my boots made little difference.

Then we got our first look at Kael'thas Sunstrider. 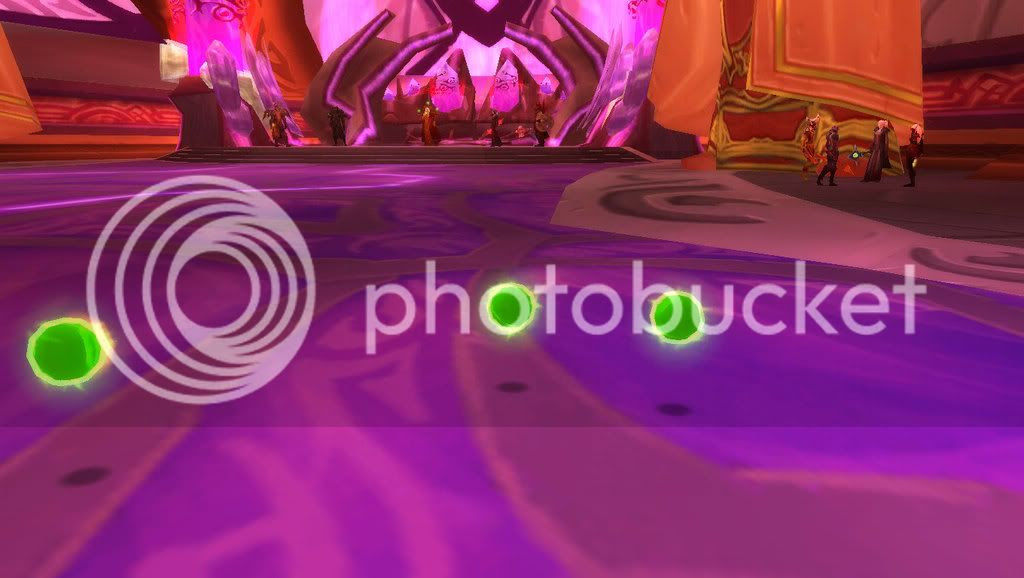 Since I was coming in to check out the lay of the land I figured it would only be appropriate to go up to greet the host. 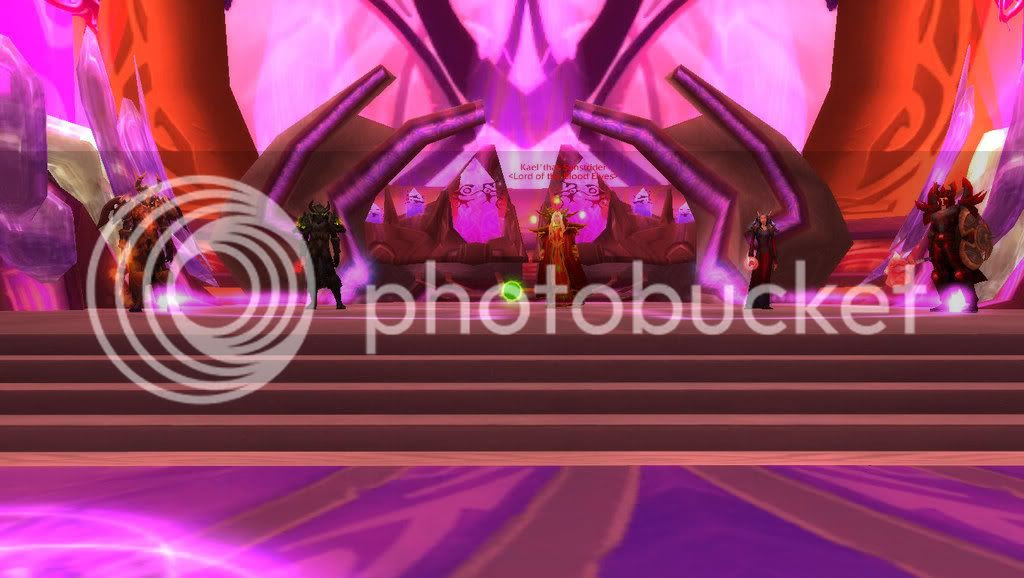 We didn’t take a shot at him this first night because it was raid time. One of our Mages did decide to get all up close and personal. Chaos ensued as raiders ran and hearthed. Someone stated on vent “You could have at least put up a portal to Shatt first.” I thought it was funny. It was a good ending to a Winterchill, Al’ar, and Solarian raid night.

We did go back the next night to actually attempt Kael’thas. This fight is going to take some work. No learning this boss in a night or two. The organization and timing has to be exact. I can see this fight weeding out raiders who want loot and raiders who want a boss down.

Those who are just looking for loot will stop signing up. I have watched that. Some are upfront with it. I respect them knowing their own mind. There are others that are kidding themselves with discontent.

I have some personal bets on which raiders are stronger then others. WHEN I win I get to smirk.